We've all heard plenty of times how "there's something different" about a soldier whenever he comes back from serving in a war (especially if it's "The 'Nam"). Well, meet Andy Brooks (Richard Backus), who takes that phrase to a whole 'nother level! 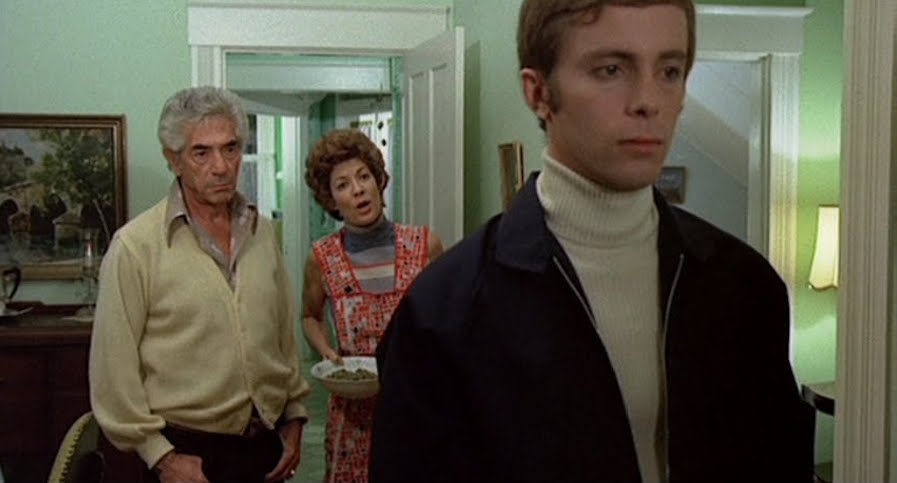 The Brooks family, consisting of father/husband, Charlie (The Godfather's John Marley), daughter, Cathy (Anya Ormsby) and mother/wife, Christine (Faces' Lynn Carlin) are shocked to receive word from the U.S. Military that their son has perished in Vietnam. Not willing to take no for an answer, Christine holds vigil to herself and wills over and over that Andy "can not die...can not die." With that simple prayer, we shift into the POV of hitchhiker who gets a night-time ride from a trucker. Though the person with the POV does not speak, the trucker calls the hitchhiker "soldier." Sure enough, it's none other than Andy Brooks himself who arrives at the Brooks household.

"But, you're dead!" is the initial reaction from Charlie. "I was" says Andy. Silence is suddenly turned into laughter as most of the family realize that he's joking and that Christine's will had always kept him alive. Nonetheless, Andy is not the same as he once was. For starters, all he does is sit and stare throughout most of the day and rarely speaks. But at night, he always has the urge to just go out for a walk. What does he do at night? Charlie fears the worst as he finds out that a certain trucker was killed by a man in a military uniform the night Andy came home. And in one of the most surprising moments of the film, Charlie finds Andy killing a certain member of the family with his bare hands. 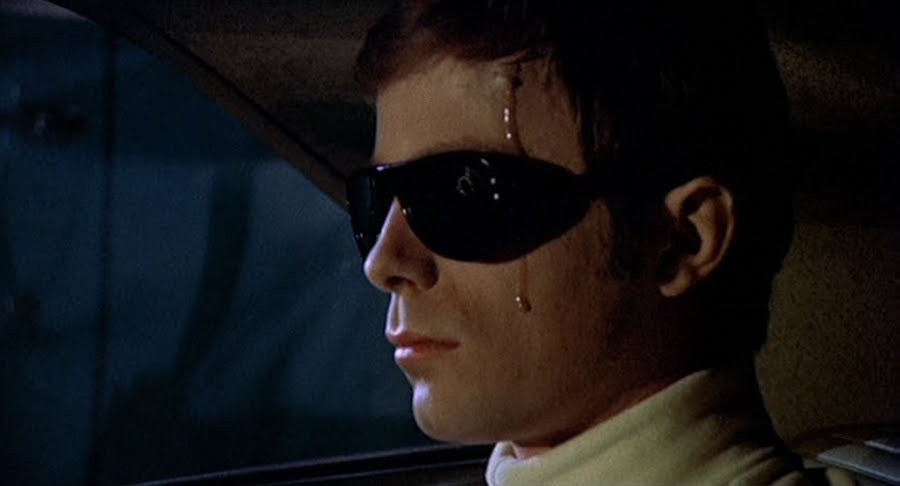 In a plea of innocence, Charlie hires friend/doctor Philip Allman (Henderson Forsythe) to observe Andy. Andy agrees to visit the Doctor for a checkup, and to the doc's ultimate surprise, Andy has no heartbeat! But what Andy does have is a thirst for blood and the doctor winds up as Andy's meal. Soon, Andy's hunger spirals out of control and an inevitable climax that involves cars, cops, bullets, fire, and family-love all ends in one of the most chilling conclusions these eyes has ever witnessed.

Add this one as another lost horror classic from the early days of Bob Clark. Clark would follow this film up with my favorite psychological slasher of the 70's, Black Christmas, and the things that made Black Xmas great are also used in Deathdream. This includes the POV shot via handheld camera, plus some very spooky sound effects that are heard whenever Andy is around. The sounds seem to consist of hissing vocal noises that seem to have inspired the sound of Suspiria. 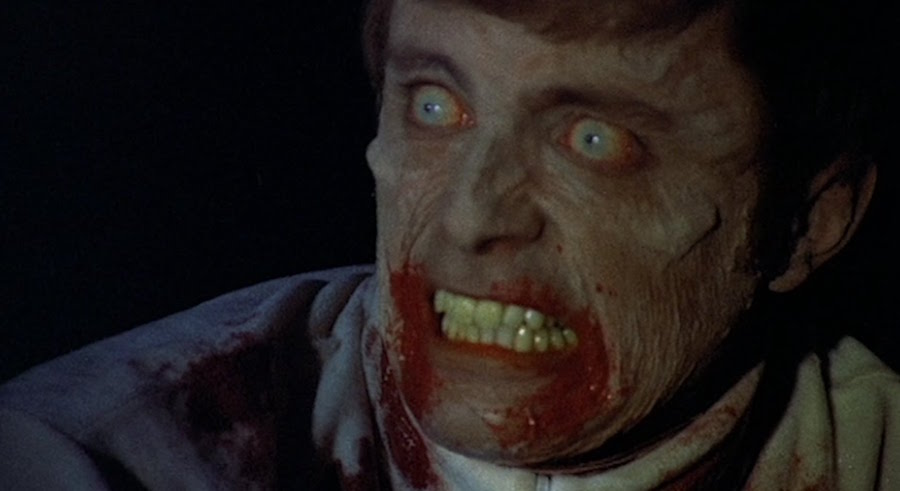 As for the acting, there's often some old-fashioned overreacting by the two female leads (especially a very unique scream from Lynn Carlin towards the end), but John Marley displays a nice range of dignity and dismay all throughout and Richard Backus couldn't have asked for a better debut as he pulls off the inhuman killer brilliantly, including the most sinister back-and-forth-swinging in a rocking-chair that I've ever seen. But what really pulls me into this one (as was done in Black Xmas) is that there's no explanation of the "whats" and "whys". Most viewers want the movie to explain what the killer is killing for, much like they do for Black Xmas. And here, they would also want to know what Andy is exactly (zombie?, vampire?) and how he was brought back to life. This is why Clark's horror films are so special to me. Not being able to find out what the horror is, is what makes this horrific to me. Since I was so pleased by watching this movie, I can't help but to end this review the way another Bob Clark-reviewed film here at the database was.

- This review is dedicated to the memory of Bob Clark -