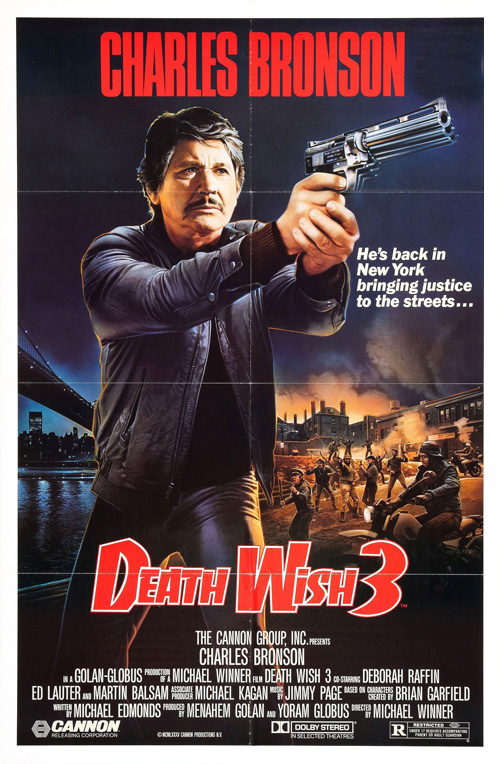 Death Wish 3 is a 1985 action film starring Charles Bronson as vigilante killer Paul Kersey and is the second sequel to the 1974 film Death Wish. It was written by Don Jakoby (under the pseudonym Michael Edmonds). This is the last Death Wish film to be directed by Michael Winner, and the last collaboration between Winner and Charles Bronson. Despite being set in New York City, some of the filming was shot in London to reduce production costs. The film sees Kersey do battle with New York street punk gangs while receiving tacit support from a local NYPD lieutenant (played by Ed Lauter). (Wikipedia)