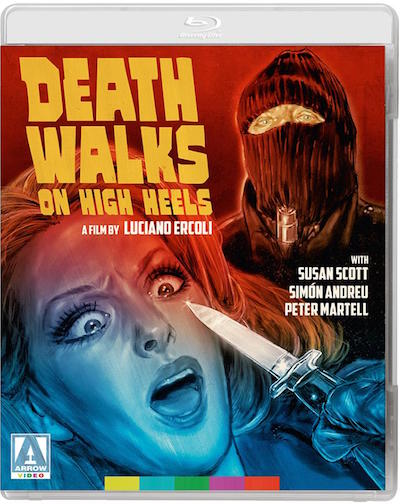 Although less celebrated than some of his better known giallo peers such as Dario Argento, Mario Bava and Sergio Martino, late producer-turned-director Luciano Ercoli contributed three hugely entertaining and memorable entries to the genre – including this, his 1971 sophomore effort, Death Walks on High Heels.

Spanish-born model and actress Nieves Navarro stars as Nicole, an exotic dancer who finds herself terrorized by a black-clad assailant determined on procuring her murdered father’s stolen gems. Fleeing Paris in hopes of evading her knife-wielding pursuer, Nicole arrives in England only to discover that death stalks her at every corner.

With the scene-stealing Navarro at its center, Death Walks on High Heels manages to subvert the conventions of the giallo film by having a ballsy, well-rounded female protagonist to root for – representing a welcome departure from the neurotic stereotypes found elsewhere within the genre. 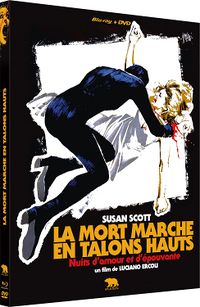