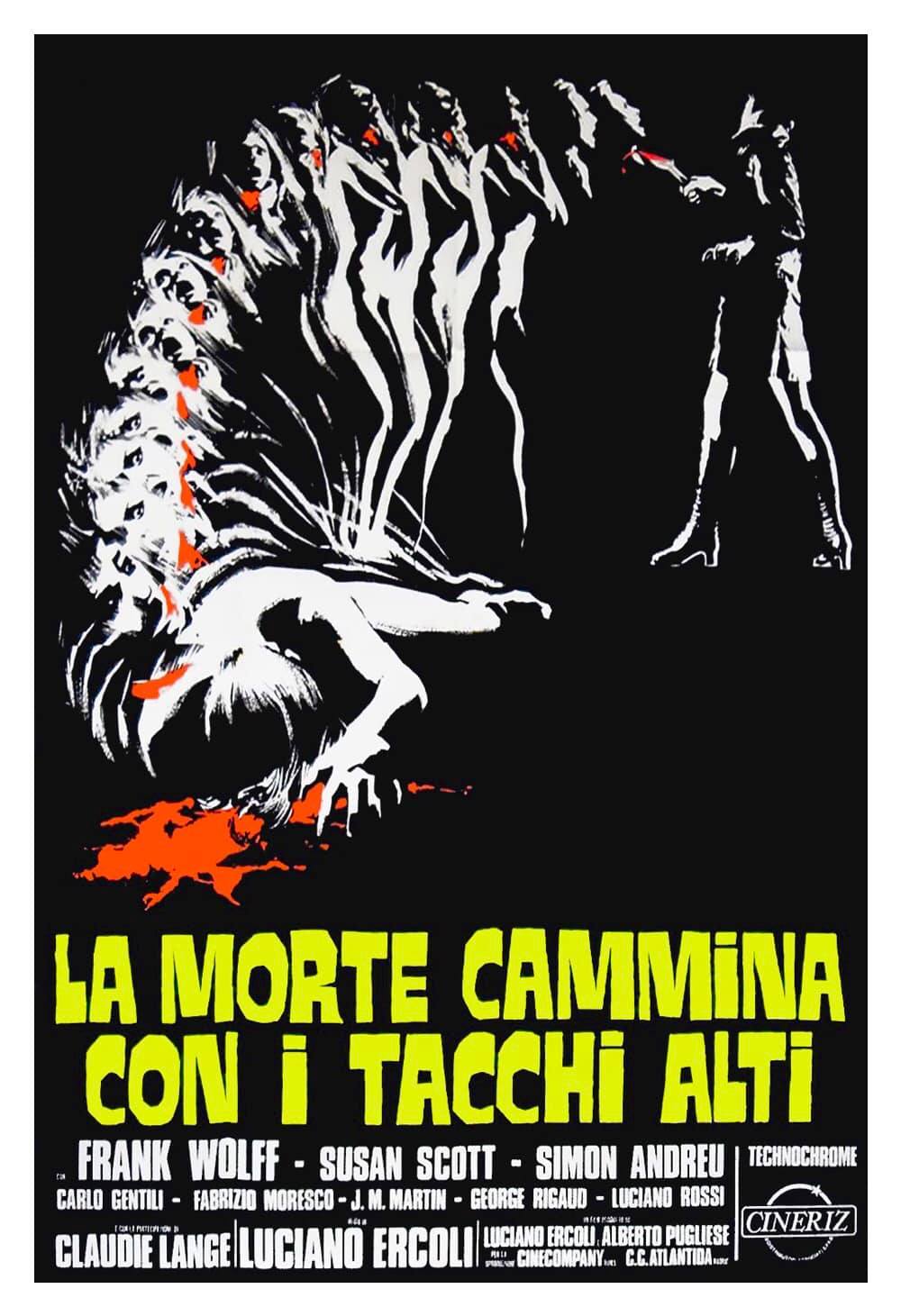 Like his more famous La Morte Accarezza a Mezzanotte (1972), this delirious Italian-Spanish co-production from filmmaker Luciano Ercoli is a star vehicle for his wife, Nieves Navarro, who appeared in several giallo thrillers (among other genre roles) under the name Susan Scott. Navarro plays Nicole, a famous French stripper whose father is stabbed to death on a late-night train. The police question her about some missing diamonds, she begins receiving threatening phone calls, and the poor woman is even assaulted in her own bedroom by a masked maniac with frighteningly blue eyes. Nicole's personal life is hardly less complicated, as she runs off to the seashore with a British eye surgeon (Frank Wolff), causing her insanely jealous boyfriend (Simon Andreu) -- who happens to own a pair of blue contact lenses -- to follow in a murderous rage. The loopy Ernesto Gastaldi screenplay is loaded with some outrageously contrived set pieces, and bears more than a passing resemblance to another one of his scripts, Lo Strano Vizio Della Signora Wardh (1970), in its concluding intrigue. The similarity is notable precisely because that film starred Edwige Fenech, whom Navarro was doing her best to unseat as the queen of giallo heroines at the time, as the lady in distress. She does a fairly good job here, burdened as she is with a demented screenplay and her husband's often overreaching direction. (Allmovie)