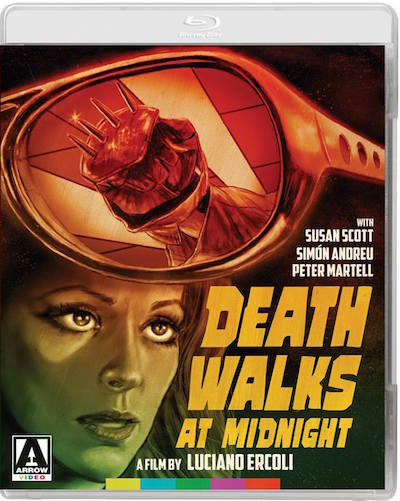 The second film in Luciano Ercoli’s Death Walks series (and his third directorial effort to feature his wife Nieves Navarro, aka Susan Scott), Death Walks at Midnight is arguably the director’s masterpiece – aided in no small part by the screenwriting talents of giallo master Ernesto Gastaldi (Your Vice is a Locked Room and Only I Have the Key, Torso).

Navarro stars as Valentina – a model who, in the midst of a drug-fuelled photoshoot, witnesses a brutal murder in the apartment opposite hers. But when the authorities refuse to believe that a crime has been committed, Valentina is forced to assume the role of amateur sleuth in order to unravel the mystery.

Although Ercoli only made a small number of giallo films during his time as director, Death Walks at Midnight (with its ultra-stylized set-pieces and grisly murder sequences) would serve to forever cement his reputation within the genre. 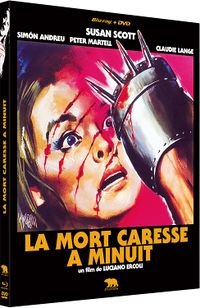