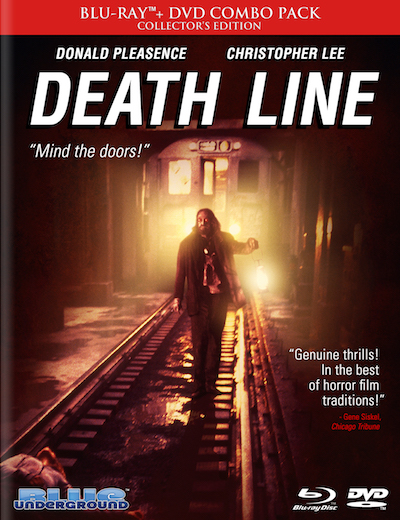 At a subway station in London, people go missing. The latest case, an employee at the defense department, was last seen by a student couple. They reported an unconscious man to the police, but upon their return, the man was gone. Now the inspector (Donald Pleasence) is smelling something fishy. As they investigate, they follow some leads and knowing that more people have in the past disappeared at this station, he sends his detectives out to find out what is going on. His instinct however is somewhat wrong. Whereas the inspector thinks a conspiracy is abound involving MI5 and whatever the victim was working on, the real reason for the disappearances might have more to do with what lingers in the abandoned and derelict parts of old subway systems and the fate that befell these parts back in the 19th century. The curious couple returns to the tunnels… only to make a shocking discovery…..

Death Line (released as Raw Meat in the US) starts with an amazing opening credits sequence that looks and sounds (thanks to a tune that will get stuck in your ears) he part. It’s very meta: it’s almost as if we’re wandering about 42nd street, past shady nightclubs, porn theaters and fastfood joints. But we’re in London, and about to discover that something’s going terribly wrong down in the underground. For its less than 90min running time, the movie takes its time at the beginning. It’s like a standard detective story setup, with some comedic elements, because Donald Pleasence really enjoys the hell out of his role. An unlikely student couple, some inept detectives and bobbies, the atmosphere of a London by night that is all shades of grey and brown and rusty orange. It’s only at minute 23 when the movie starts pushing the gore buttons…. but only subtly. 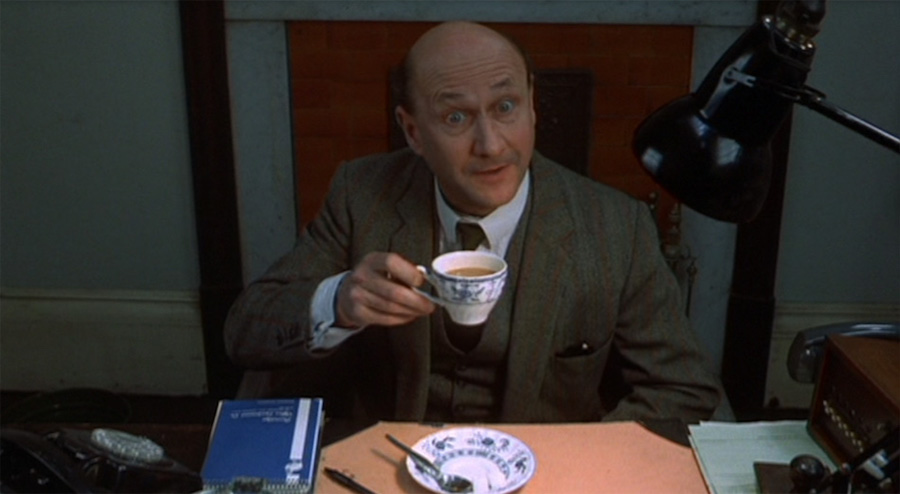 Still, despite the decent gore effects, this movie is strongest in its non-gore moments. The long takes, the slow pans, the atmosphere, the nice set design…. it’s constantly working itself up to small moments of drama and splatter, yet these remain just a tad too corny. I couldn’t but think of Bone Tomahawk, another quiet movie that takes a long time to build up, but unlike Death Line, it offers more bang for the buck, it’s worth the slow phases. Death Line is a tremendous artsy effort with lots of great craftsmanship (great camera work especially), but it falls a bit flat in the horror department. Yes the splatter looks great, it’s gross and there’s kind of a cute portrayal of the cannibals and their fate and origins that are explained to some degree, but it’s never really clear if and why we’re scared of them. They don’t seem particularly dangerous and the confrontation involve more screaming than actual struggle.

All in all, Death Line offers two important lessons: you can make an exceptional genre flick that to this day works really well, and you can squander your horror-filmmaking talents on build-ups that lead nowhere. Does this sound too negative? I’m sorry. The movie is really fantastic, despite its shortcomings. The combination of police HQ slapstick and underground cannibal terror work really well for the most part, so do the effects, it’s just the destination of all that build-up that leaves today’s audience somewhat disappointed.

The US release of the film is a completely re-edited version called Raw Meat, which is not included here on this release by Blue Underground, but it would've been interesting to see how AIP butchered this film. I couldn't find a comparison on the net, maybe someone who owns an old copy can enlighten me wat the differences were.

The BluRay offers some really nice screen-filling 1.85:1 HD transfer, a bit coarse but largely free of blemishes. Nice colors and texture, good contrast. Just not as terribly hi-res as could’ve been (it’s only a 2K restoration based on the uncut camera negatives). And a decent soundtrack (DTS HD-MA mono): Not perfectly sounding, but nice dynamics. It sounds bad in loud moments, like screaming, but overall a very convincing track (even though not all of the music is as great as the opening music). The subtitles are as usual nice to read, in addition to English you also get French and Spanish ones. 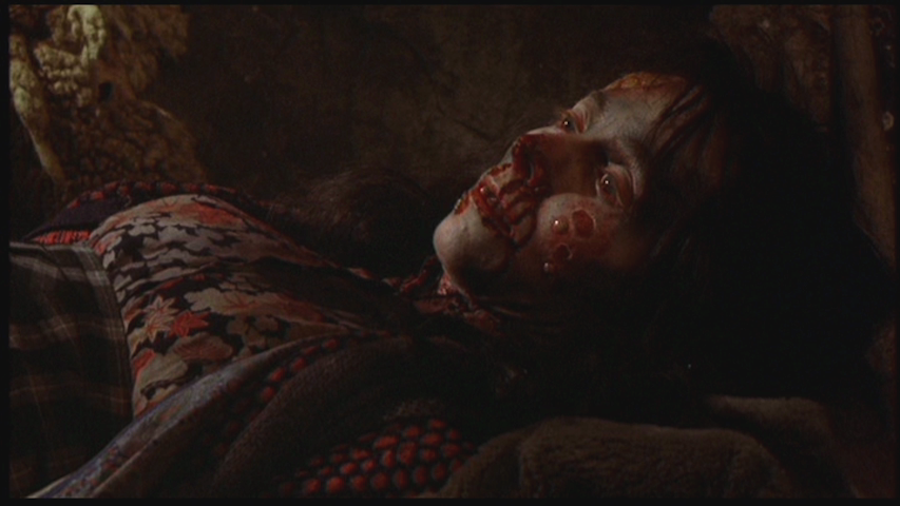 In terms of extras, there’s the movie as a DVD version, and a booklet with some insightful new texts by Michael Gingold and Christopher Gullo. The audio commentary with Gary Sherman (writer/director), producer Paul Maslansky and the assistant director Lewis More O’Ferral, moderated by David Gregory, is very entertaining and informative. It makes you see the picture in a whole different light, very high quality extra!

There are three featurettes on this disc. “Tales from the tube” is an interview with Sherman and exec producers Jay Kanter and Alan Ladd Jr. (18min), it adds a bit to the audio commentary and constitutes an insightful addition to the contextualization of this film. “From the Depths” is an interview with actor David Ladd and producer Paul Maslansky (12min). Some nice stories from the making, some aspects had been touched in the commentary, but Ladd adds some good insights to it. Lastly, “Mind the doors” is an interview (15min) with actor Hugh Armstrong, who plays the unnamed flesh-eater in the film. Why it carries that title you'll see from watching the movie. This featurette seems to be different, so it might've been older, I don't know. Very interesting memories by the actor.

To round things off, there are trailers for Death Line and Raw Meat, as well as TV Spots and Radio Spots for Raw Meat and a Poster & Still gallery. The disc is region-code free.

Overall, it's a highly interesting film, very well-made, and the release by Blue Underground offers tons of extras worth the purchase.

Thanks to Blue Underground for providing a BluRay.