A super-obscure (only screened in the South) slow-burn tale of witchcraft, death, and revenge, Dark August is tawny-colored look at the disintegration of a “cursed” man.

Former city slicker Sal (J.J. Barry) has just moved to the rolling hills of Vermont and he loves it. His idyllic new existence is changed, however, when his truck accidently hits and kills a little girl. As if guilt isn’t enough, following the child’s death, whenever Sal leaves his house he sees a cloaked and hooded figure in the distance—watching him. 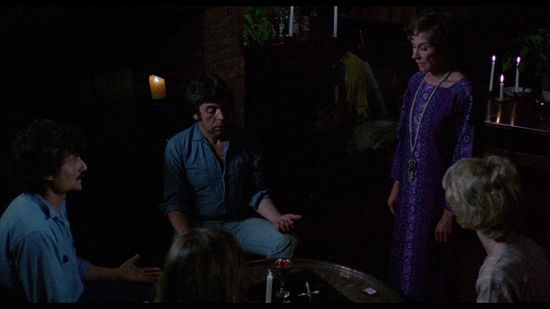 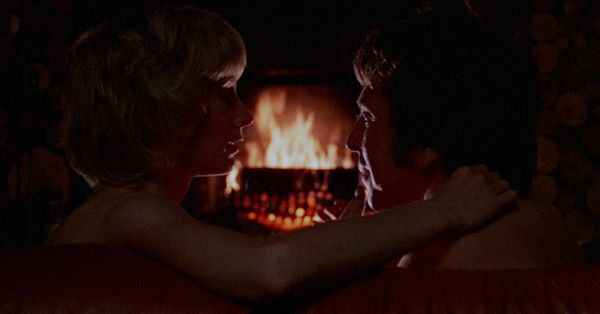 Is it Mr. McDermitt (William Robertson) the white bearded grandfather of the child he killed? Sal confronts McDermitt in a parking lot but gets no answer. Or maybe it’s all in Sal’s head. An impromptu tarot card reading suggests otherwise: ill health and impending doom is the dire prediction that slowly materializes.

Director Martin (The Legend of Nigger Charley) Goldman and cinematographer Richard E. Brooks do Vermont, the townsfolk, and nature proud—the often-tracking camera provides the viewer with a tourist’s eye view. And the script by Goldman, J.J. Barry and Carolyne Barry, tackles the occult without the bells and whistles associated with the genre. 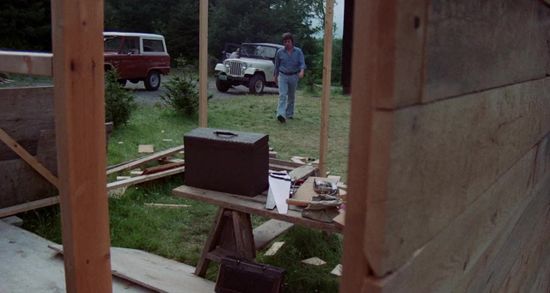 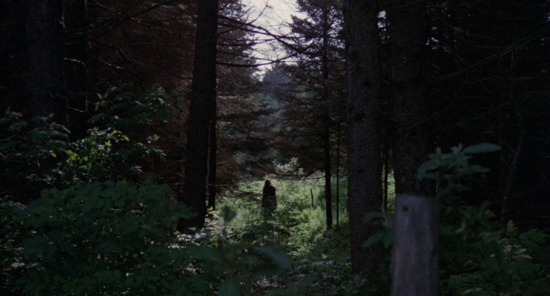 Sal’s relationship with his artist girlfriend Jackie (Carolyne Barry) smacks of realism—especially their troubles in the bedroom, and town psychic Adrianna (Kim Hunter) is convincingly creepy, lost as she is, amidst her wordy, rhyming, incantations. Will Jackie be able to free Sal from his curse?

Not for those looking for jump-cut scares, gore, or spectacular visual effects, Dark August is instead an atmospheric tale about the insidious dangers of black magic. It’s a folksy, reflective, rural mystery whose spells, curses and voodoo dolls look as commonplace as Sal’s wayward pickup truck.