After I heard the news about the remake of The Evil Dead, I was totally disappointed. I don't care whether this remake is good or not, the only Evil Dead in my memory is and will only be the original one. It's gory, violent and has tension, all of which are good ingredients for a horror movie. Wait, why am I talking about horror movies? I'm here to review Crimewave, another movie that should be remade as soon as possible.

That's right, besides Howard The Duck and Johnny Mnemonic, I can't wait to see the remake of Crimewave because filmmakers can improve on it to be a blockbuster hit! Just look at the plot: Crimewave is told from a flashback of Victor, a nerd technician who has been sentenced to death. It's sort of tough to tell what's really going on in the film. There's gonna be a murder, there are two cartoonish hitmen, a stupid upper class guy (Bruce Campbell) that tries to win over a girl that Victor likes and slapstick/surreal comedy sequences. 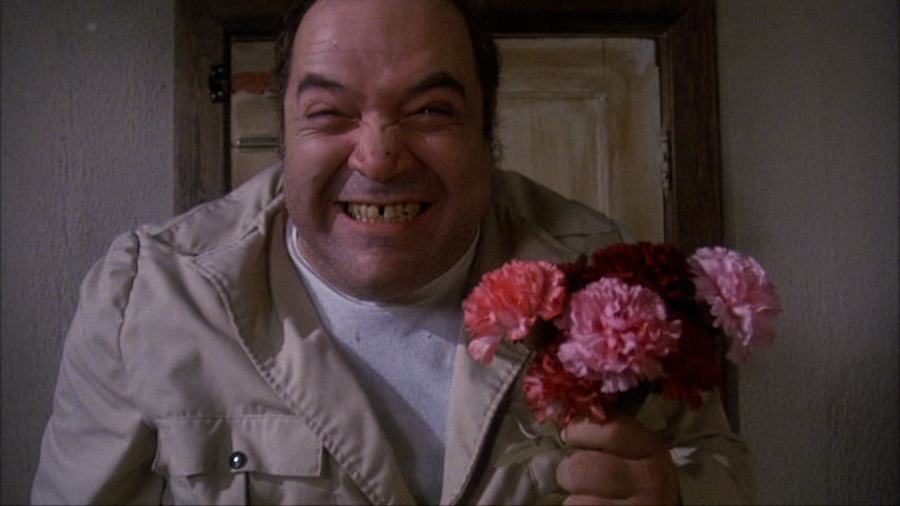 If you read last paragraph carefully you can see the name Bruce Campbell there. Actually, he should have been in the Victor role but because of a direct order from the studio he had to be a supporting character. If you wanna hear badass dialogue from him, you'll be disappointed for sure. Anyway, his acting is pretty good here. The setting, lighting and cinematography are a very good tribute to the film-noir genre.

There's one scene that bugged me, it's the chase scene between the woman and a hitman in the burglar-alarm company. Although that scene is hilarious and memorable, it should have been in a Tim Burton movie. I don't really think Sam Raimi is as good at directing black comedy as Tim Burton, but it was still a very good experiment.

To sum up the situation about this film when it was released, I have to use to Thai name of this movie. It's called "ไม่ตายก็เลี้ยงไม่โต", which means "If it survived, it would not grow up again". But now, I think this movie survived bad criticism and will grow up as a cult classic for sure.