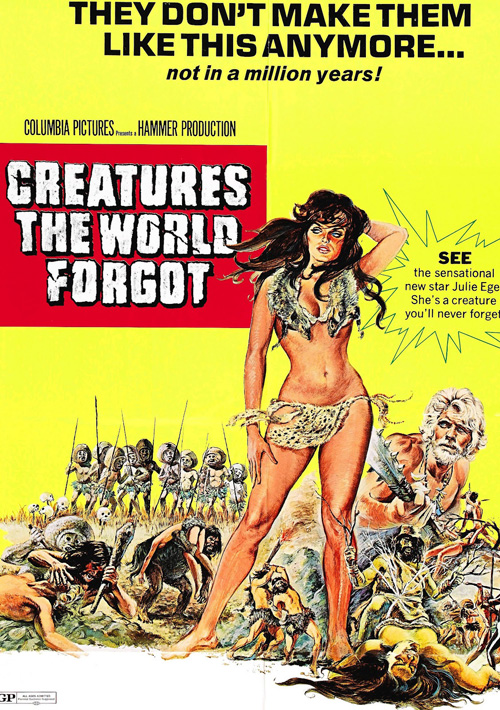 Creatures the World Forgot is a 1971 adventure film directed by Don Chaffey and produced and written for Hammer Films by Michael Carreras. The film concentrates on the daily struggle to survive of a tribe of Stone Age men. Very little dialogue is spoken throughout the film, apart from a few grunts and gestures. A volcano erupts and an earthquake opens up a crevasse, swallowing up many members of the 'Dark Tribe'. The tribal leader is killed and a fight for leadership between two survivors, Mak (Brian O'Shaughnessy) and Zen, soon breaks out. Mak is victorious and leads the surviving tribe members across a desert in search of a new home. They meet and befriend tribe of fair-haired people. The leader of the fair-haired people presents Mak with a girl, Noo, as a wife. Mak offers a girl in exchange, but she already has a mate. She tries to escape with her mate, but they are caught and killed. The Dark tribe move on and eventually settle in a fertile valley where they flourish. Noo gives birth to twin boys on the same day another woman gives birth to a mute girl. (Wikipedia)