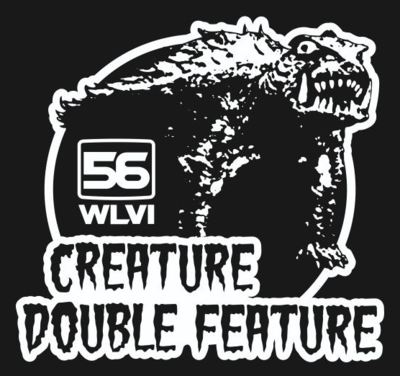 Creature Double Feature was a syndicated horror show, broadcast in the Boston and Philadelphia area during the 1970s and 1980s. It sometimes also aired under names like Sci-Fi Flix and Creature Feature. The show aired classic monster movies, with the name "Creature Double Feature" based on its airing two movies during its three hour time slot. The movies broadcast were taken from the classic Universal Horror movies of the 1930s to 1950s, the Hammer Studios and American International Pictures films of the 1950s, Roger Corman's horror films of the 1960s, and Toho Studios's "giant monster" (known in Japanese as either kaiju or tokusatsu) movies of the 1950s, 1960s, and 1970s.

Creature Double Feature usually aired on Saturday afternoons. Because it aired after the traditional Saturday morning cartoon time block, it introduced many younger viewers to classic (and not-so-classic) monster movies. In other cities it aired either on Friday night or Saturday night.

Beginning in 1972 a station in the Kaiser Broadcasting (later Field Communications) chain, WKBG (Channel 56; WLVI after The Boston Globe sold their share back to Kaiser in 1975) aired its collection of Godzilla movies—one per week at 4 p.m. on Saturday under the title, The 4 O'Clock Movie. They cycled through their collection twice, noticing that the broadcasts were especially popular with youngsters. Then, they started showing the films at midnight, calling it Creature Feature. The ratings became so popular that the show was moved to noon to increase its ratings. However, it was in direct competition with WCVB-TV's Candlepin Bowling and was moved to the 2 p.m. time slot. Its popularity grew and they tweaked the title to Creature Double Feature and changed its start time to 1 p.m. The show quickly became a staple of the station's Saturday programming schedule during the 1970s and early-1980s. Although the exact date of the final show is currently unknown, it seems to have petered out sometime in 1983 and was replaced with WLVI-TV's Martial Arts Theater, showing cheap English-dubbed Hong Kong martial arts movies, as a replacement.

To this day WLVI staffers report that they still receive more e-mail and phone calls about Creature Double Feature than anything else.

In June 2006, The Boston Herald reported that Boston-area car dealership owner Ernie Boch, Jr. would be bringing the show back to WLVI—at its original timeslot—on an occasional basis. The first program of the new series aired on June 24, 2006. The two films shown on this occasion were Godzilla vs. the Smog Monster and The Giant Gila Monster. Boch himself hosted the show in full makeup as The Ghoul, though the original show never had a host—only announcers (other than for a brief time when Rich Koz, the Son of Svengoolie out of Chicago, hosted the CDF in the early '80s). A second episode aired on October 28, 2006, featuring 1973's Horror Express followed by the original 1968 Night of the Living Dead. It was brought back again on October 27, 2007 with the American International Pictures' (A.I.P.) movies Gammera the Invincible (a.k.a. Gamera) and Attack of the Monsters. The broadcast contained no pop-up ads during the films and no interruptions from any on-air talent personnel during commercial breaks. The Boston Globe's Sunday Edition of their TV guide printed the schedule of the two Gamera movie titles reversed in their time slots.

The show's original announcers were reportedly Ron Dwyer and Tom Evans. During most of its run in its later years, the show's announcer was Dale Dorman aka "Uncle Dale", a Boston radio personality at WRKO and at WXKS-FM who also frequently did voice work for 56's children's programming.

The intro/outro music used for Creature Double Feature throughout its run was Emerson, Lake & Palmer's "Toccata" from Brain Salad Surgery. WLVI has kept the song as the theme of the 2006 and 2007 revival. It is not yet known if current WLVI owners Sunbeam Television will continue to air the revival.