The fact that Klaus Kinski is in a given movie makes it instantly watchable. Such was my mentality as I began watching the 1986 film Crawlspace. In a role unlike any other Kinski performance, he portrays a man who appears to be at the edge of sanity. Kinski's Dr. Karl Gunther is a bit more subdued than his earlier performances in Android, Fitzcarraldo and Woyzeck. Those three films are magnificent, especially the Werner Herzog directed Fitzcarraldo and Woyzeck.

Dr. Gunther is more reminiscent of Kinski's character in the 1980 slasher film Schizoid in which he plays a psychiatrist. A former head surgeon at the National Hospital in Argentina, Gunther has since become the landlord of a boarding house to young women (that would never occur to me as the setting for a horror film) and he will not rent out rooms to men. He would rather watch women through the air vents in their rooms and, to be quite honest, I don't blame him. As one may expect, strange things are going on in this boarding house.

The lead female performance--the Adrienne King from Friday The 13th/Jamie Lee Curtis from Halloween is supplied by Talia Balsam, daughter of the fine actor Martin Balsam, who you may remember from Breakfast at Tiffany's, Catch-22, The Anderson Tapes or as Murray Klein, Archie Bunker's business partner on Archie Bunker's Place. Talia Balsam has appeared on several television programs including playing opposite her father on Archie Bunker's Place in a 1980 episode and has recently appeared on AMC's Mad Men. In Crawlspace Balsam's character is named Lori. Being female, Lori is able to successfully procure a room in Dr. Gunther's boarding house. 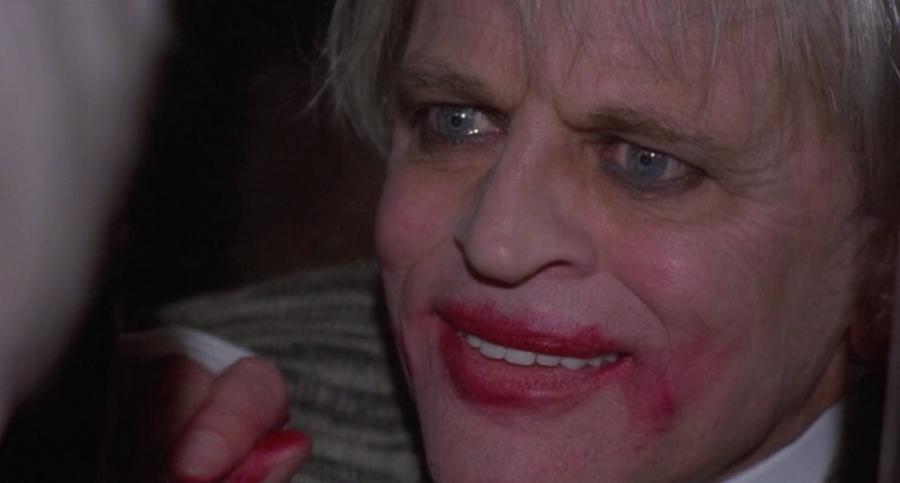 At least three other young women live in the house, one of whom sings a terrible song, the title of which and any lyrics from I have successfully washed from my memory. I almost always love and appreciate the bad, awkwardly placed song in a low-budget movie like in The Alien Factor or Star Crystal as that is like getting extra fries at the bottom of a McDonald's or Burger King bag. Unfortunately, this time, the song is so bad and the placement is so unromantic that it fails. Despite this bad song Crawlspace has a lot to offer. Aside from Kinski's performance which is, as usual, memorable, especially in a scene in which his character tears up as he is confronted with his father's past, the film features a woman (who at first I thought was a man) in a box-sized cage, mice, a cute kitty, and a line usually reserved for a porno film: "I think I'm about to come."

The last 15 minutes of the film slow down a bit as Kinski does not "act" as much in the final reel, in as much as he has to perform physically. I will always try to not give much away when discussing any given film, so I will abstain from any further mention of how the film concludes, other than my analysis that the conclusion is not as satisfying as what precedes it, something lots of men have certainly heard before.

In a Kinski film I want to see him perform. For the first hour he certainly does so, and for this sole reason, not so much because the plot of the film (which is not groundbreaking especially in 1986) I recommend this film. Crawlspace is for a Klaus Kinski fan, not necessarily for a horror film fan. There are not enough surprises, gore effects, or anything else horror-related to make it distinctive. Having said that, as I have established, if you enjoy watching Klaus Kinski perform, he does so enough in this to make it worth watching. I give the film 3 out of 4 gray mice.