VIDEO: Presented in (1:85:1) Widescreen. 1080p High Definition. 2K Digital Restoration. I've never seen CORRUPTION before now but the picture transfer is stunningly beautiful and clear with no artifacts. The film already looked great, so the high def only brings out the stark, vivid colors and helps you really notice the expertly photographed scenery. One of my favorite sequences that really pops is the chase across the rocks on the shoreline in the bright sunlight. A++

AUDIO: Dolby Digital 2.0 - Along with the dual audio track there's also a neat Music/Sound Effect track so you can watch it with just noises in the background. Strange but cool. If you're watching classic B-movies like this one its pretty rare to get a 5.1 Surround mix. You just have to accept the 2 speaker presentation and pretend youre in a rundown Grindhouse theater on The Deuce. Thats really the best way to experience it anyway! 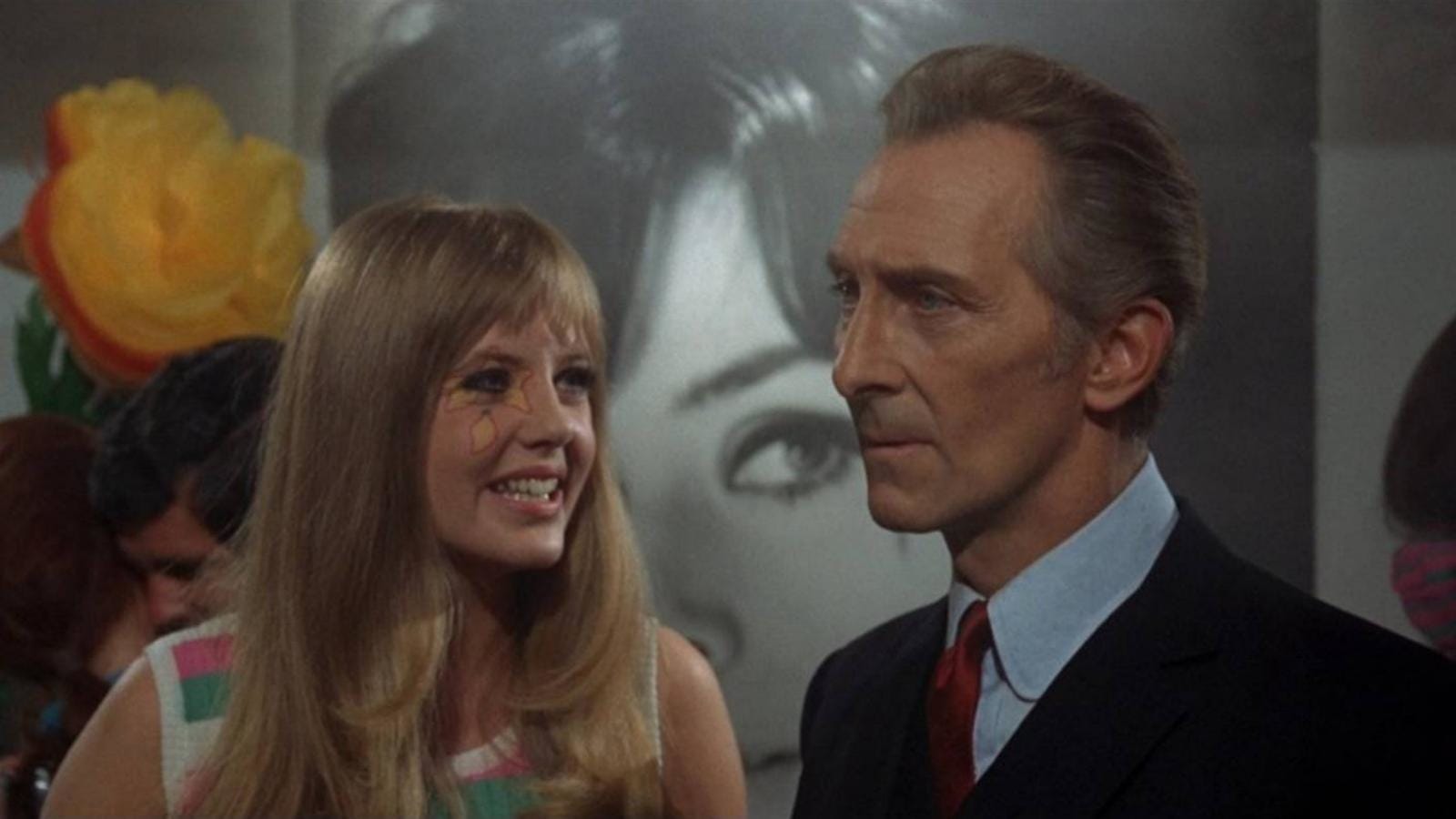 Audio commentary by UK Horror Journalist Jonathan Rigby and Peter Cushing Biographer David Miller - This is is the best feature in the package, very enjoyable to listen to as the two Brit film scholars give a rundown of the history behind the picture and present a lot of info that you wouldn't know unless you really researched it on your own. TRIVIA: CORRUPTION is a true Grindhouse Classic since it played on The Deuce at THE LYRIC Theater on a double bill with the Spaghetti Western PAYMENT IN BLOOD.

Alternate Scenes of Bloody Violence and Nudity presented for the first time in the US - Theres one scene with the prostitute Rowan visits that very gory for its day as he practically cuts her head off onscreen. Theres a few quick insert shots included but nothing else of note.

Interviews with stars Billy Murray, Jan Waters, Wendy Varnals and Peter Cushing (Audio Only) - It's always great to see what actors in these classic movies are doing today. All three co-stars of CORRUPTION reminisce on what it was like working with Peter Cushing and Director Robert Hartford Davis. They each had a pleasant experience on set and talk a bit about what they did in years afterwards. Billy Murray even states that he was the one who came up with the ending for the film but Hartford Davis didn't credit him for it.

Special Thanks to Bob Murawski at Grindhouse Releasing