Coonskin is a film that is incredibly misunderstood. Even people who have never heard of or seen the film get a mental image of some racist propaganda at the mention of the title (not so much in Australia where I am from because “coon” is not a very well known term – it’s actually a brand of cheese). And looking at images from the film, or watching excerpts of the film also often give the wrong impression. But when it all comes down to it, Coonskin is not at all a racist film. In fact, it’s probably the opposite. It is about as satirical as they come. The black characters may be caricatures and often stereotypes, but look closer and you’ll find that every character in the film, black or white, is a stereotype. Nothing is meant to be taken literally in that sense. 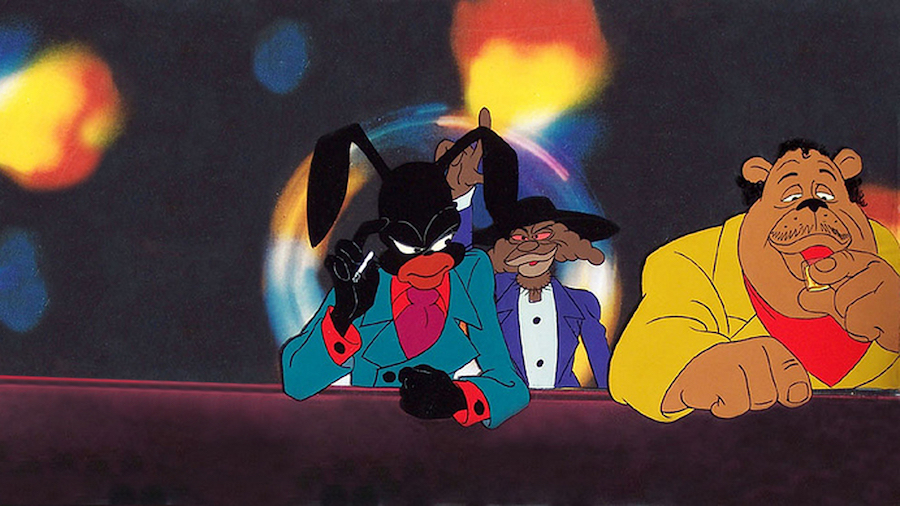 Take away all the important messages and themes running through the film, and you still would probably struggle to prove it’s a racist film. The black protagonists are so likable that there is no mistake as to who the heroes of the story are. It’s not a case of laughing at them, but with them. Deeper, though, it’s plainly obvious that Ralph Bakshi set out to say something about American society and about African-Americans. It’s most obvious in the scenes of America personified by a beautiful woman screwing over a helpless black man.

Leaving behind all this talk of racism, satire and deep political messages, Coonskin is mostly a great film because it’s just so entertaining. The characters are well-defined and the action is fast and colourful. A film well worth watching for fans of animation in particular.