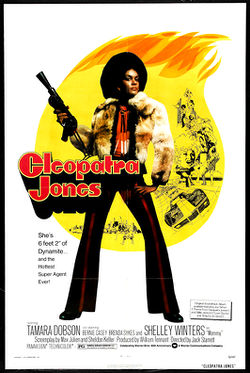 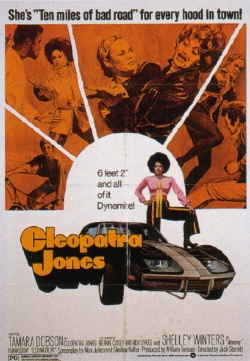 As most of you know (and for those of you who don't, for shame) during the 70's there was an explosion of movies made for a predominantly black audience.  When the 60's finally died in a puff of stale weed and extended guitar solos it was obvious that nothing had changed. The revolution had never come to pass and the poor were still getting the royal shaft. From this sprang the genre now known as Blaxploitation which looked to cash in on this and as often as it possibly could.

Most of the plots to these films were about a brotherman or sistergirl being kept down by whitey in one way, shape or form until they finally snapped and decided they weren't going to take it anymore and this proved a very successful formula. So successful in fact that studios started to churn out these pictures at about one a week (or at least that's how it seemed) and even though not every film was the quality of, say, Super Fly or Across 110th Street there were enough diamonds in the rough to appeal to a wider audience, who may not have been able to relate to all the struggles that they saw on the screen but sure as hell knew what it was like to be poor.  Soon these movies were crossing racial and ethnic lines and being embraced by people the world over as their own and though the genre would be burnt out within 10 years or so the legacy it left behind can still be seen today.

Some of these movies haven't aged well or were just no good to start with but most of them have stood the test of time and out of them all one of my own personal favorites is Cleopatra Jones.   The late great Tamara Dobson plays the eponymous Cleopatra Jones in this tale of a Super-Model Secret Agent and her one woman quest against the horrors of drug abuse. After destroying a poppy field in Turkey owned by Mommy (played by the what-the-fuck-isn't-that Shelley Winters) Cleopatra Jones returns home to her drug ravaged community and to her lover Ruben Masters (Bernie Casey) who runs a halfway house for recovering addicts. As you can imagine, Mommy takes Cleopatra's one woman crusade a tad personal (understandable really) and, after sending the usual corrupt cops to bust up the halfway house, she goes bat-shit crazy when one of her main dealers Doodlebug (Antonio Fargas) decides that he's going to go it alone as he feels that Mommy and her crew are on the slide.  With Mommy trying her damnedest to kill Cleopatra and Cleopatra taking Mommy's business apart piece by piece we're heading in only one direction and that's a showdown between these two lovely ladies...alright one lovely lady and one what-the-fuck-isn't-that Shelley Winters.

Cleopatra Jones does everything that you'd expect a 1970's Blaxploitation movie to do and more.  It's fun and action packed but still carries a serious message dealing with a problem at the heart of society.  At the time of release Cleopatra herself was compared to James Bond by a fair few critics who were obviously to stoned to get the point.  Yes she's a Secret Agent, yes she drives a flashy car but she doesn't throw out glib one liners or shag everything that moves (this was one of the few Blaxploitation movies that featured zero nudity), add to that the fact that she's black and a woman and you have to wonder how much these douchebags get paid for writing this slop.  No, Cleopatra Jones is her own woman: Sexy, strong and deadly. Tamara Dobson's Cleopatra is, like Pam Grier's Foxy Brown, the embodiment of a powerful woman who just isn't going to put up with any of your shit and that, if you ask me, is one hell of a role model.  So if you're looking for a movie that kicks ass with a certain style and grace, a movie that isn't afraid to tackle subjects such as race, drug-abuse, feminism and sexuality then look no further, Cleopatra Jones is the woman for you.