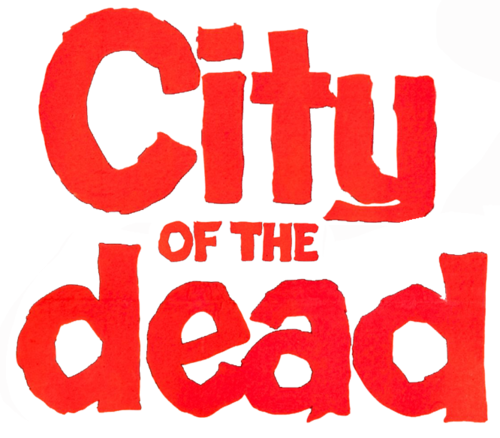 Sixty years have passed since the release of one of filmdom’s most cherished B-movies: The City of the Dead—known to American audiences as Horror Hotel. More than a B x W cheapie meant to fill out the bottom half of a double bill, The City of the Dead retains its impact, is still unnerving, and hasn’t abdicated its position as a perfectly realized, expediently presented—just 76-minutes—jewel in the crown of classic horror movies. 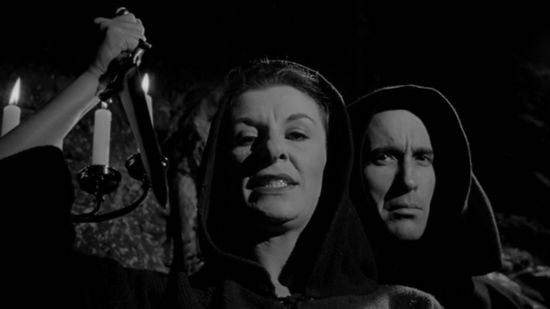 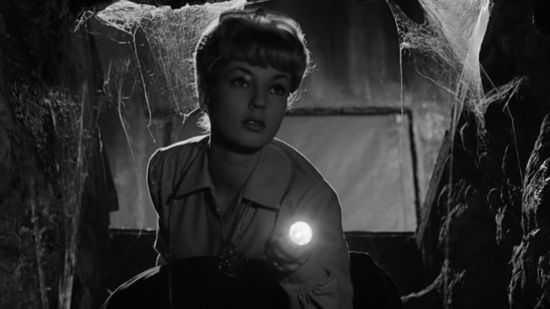 Nan (Venetia Stevenson) is a college student who’s engaged by a course in witchcraft. Her teacher, Professor Driscoll (Christopher Lee) suggests that she build on her interest by taking a trip to Whitewood, a small New England town where he grew up. Whitewood is the supposed place where witches were burned at the stake; some even say that the town is cursed and that the un-dead still walk the streets there.

Wanting her term paper to be the best, Nan travels to Whitewood and checks into the Raven’s Inn, a “very old inn” inhabited by Mrs. Newless (Patricia Jessel), an imperious desk clerk, and a mute scullery maid. When two weeks pass and Nan fails to show up at her cousin Sue’s birthday party, her boyfriend Bill (Tom Naylor) and brother Dick (Dennis Lotis) travel to Whitewood to look for her.

But finding her won’t be easy. Mrs. Newless says Nan skipped out without paying her bill. The local bookshop owner Pat (Beta St. John) also hasn’t seen Nan; not since she lent her a rare book, “A Treatise on Voodoo and Devil Worship.” Could Nan’s interest in the town’s history be connected to her disappearance? And what’s all this talk about Candlemas Eve and “the shadow of the cross?” 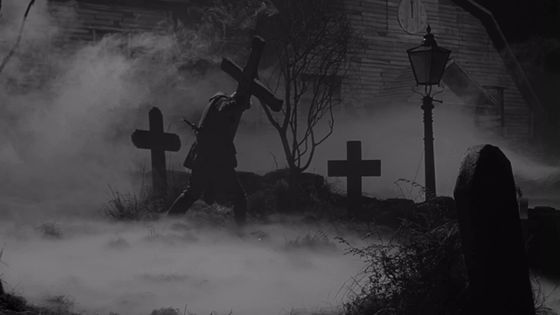 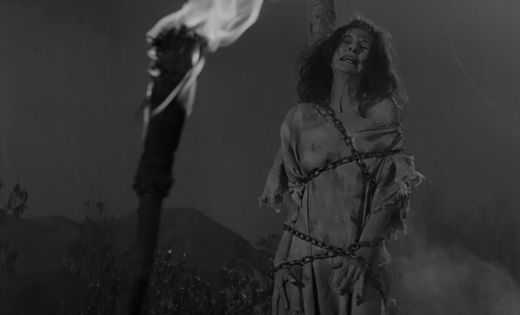 Director John Llewellyn Moxey does a fine job of presenting George (Circus of Horrors) Baxt’s inventive screenplay, a story that, along with a defining plot twist, is also unflinchingly violent. And Desmond Dickenson’s cinematography—a bubbling glass of soda, an eye through a magnifying glass, a pair of frozen-in-time elderly faces—bring to splendid life the theme, tone and setting: a place far removed from the concurrent modern world of 1960. Pitched angles, flickering flames, and an ever-present blanket of fog bring it all home nicely.

Jam-packed with satanic rituals, human sacrifices, and gory murders—accentuated by Gregorian chants, The City of the Dead is don’t-miss cinema: a low-budget British-made classic (“special event” programming on American television throughout the seventies), that fooled Stateside audiences into believing it was one of their own. Outstanding.