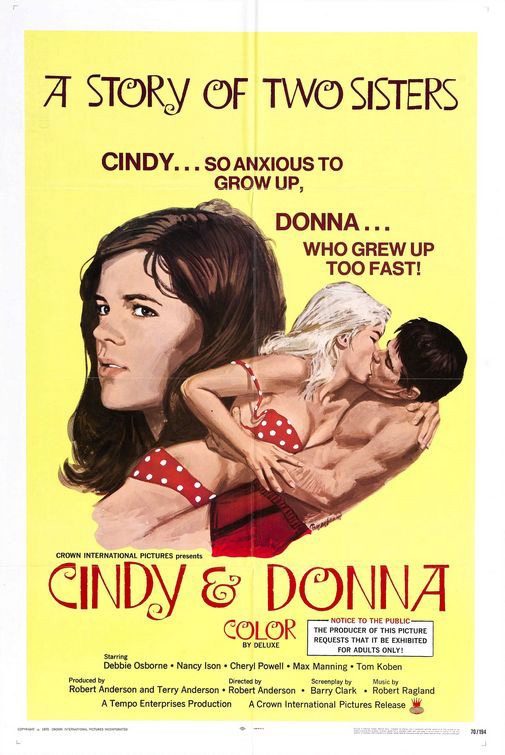 Cindy, a sweet-young-thing being raised in the suburbs with her half-sister Donna, is shyly undergoing a sexual awakening. Fifteen-year-old Cindy and 17-year-old Donna share the same mother, but have different fathers. After she espies Donna making the beast with two backs with her Dad, Cindy goes wild. She shucks off her inhibitions, smokes pot with her friend Karen, and the two gratify their Sapphic desires in each others arms. Her boyfriend throws Donna out of the house, and tragedy ensues when a crying Donna, distraught in the street, is run down by a passing motorist. Cindy must live the rest of her life with the knowledge that her pursuit of carnal knowledge led to the death of her sister. (IMDB)