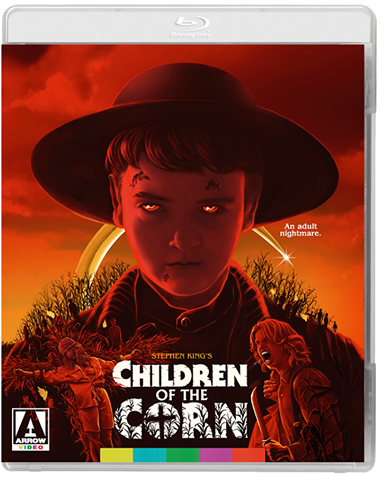 ‎A young couple travelling cross-country find themselves stranded in the small town of Gatlin, where they meet a mysterious religious cult of children. With no adults in sight the terror brews as the new arrivals find the secrets of the prospering corn fields and the children who inhabit them. Led by the mysterious Isaac and the unhinged Malachi the blood-curdling secrets of the children of Gatlin are soon revealed to their new ‘outlander’ guests.

Featuring stellar performances from Linda Hamilton (Terminator) and Peter Horton (thirtysomething) and based on a short story by Stephen King, The Children of the Corn is a horror classic that has spawned multiple sequels and imitators, but none as harrowing as this masterpiece of horror.