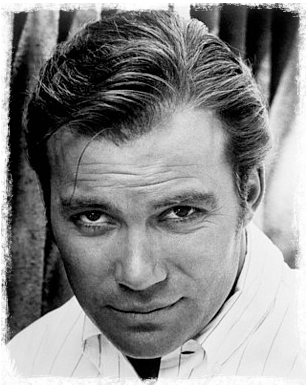 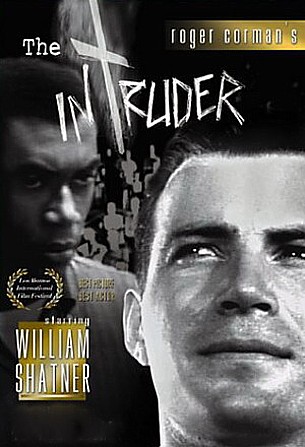 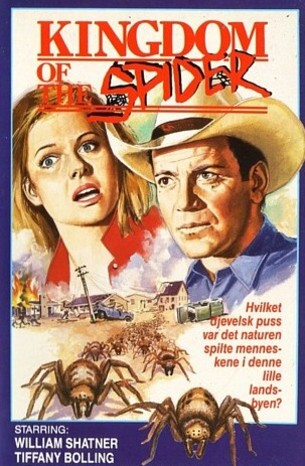 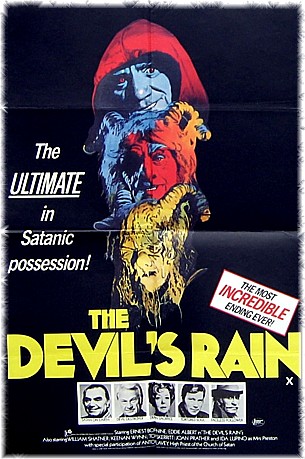 If ever an actor had so peculiar and idiosyncratic a screen presence, not to mention a similarly unique musical ‘talent’, that they deserved their own genre then William Shatner is that actor. I hereby propose that the great man’s iconic contributions to cinema, television, theatre and music should collectively and forever more be known, with the greatest respect, as Shatnersploitation!

William Alan Shatner was born in Quebec, Canada on March 22nd 1931 and attended school and university (where he studied economics) in Montreal. Classically trained as an actor Shatner made his Broadway debut in 1956 and in 1958 made his first feature film appearance opposite classically trained baldy Yul Brynner in ‘The Brothers Karamazov’ by which point the young Canadian had already notched up several TV appearances too.

1962 produced a career highlight when Shatner essayed the lead role in exploitation auteur Roger Corman’s explosive The Intruder playing a sleazy stranger stirring up racial hatred in a small town in the American south. Anyone with any doubts as to Shatner’s capabilities as an actor will be astonished by his bravura performance and alongside his later Edgar Allan Poe adaptations ‘The Intruder’ is without doubt one of Corman’s best movies too.

The following year Shatner starred in two episodes of popular TV sci-fi show The Twilight Zone including one of the series all time spooky highlights, the Richard Matheson scripted, ‘Nightmare at 20,000 Feet’. Throughout the 1960s Shatner was rarely off TV screens appearing in many popular series including The Outer Limits, Naked City, Thriller, The Man From UNCLE, The Defenders and Dr. Kildare!

And then came Star Trek.

In 1968 Captain Kirk dropped the bomb and released his first musical album, the seminal ‘The Transformed Man’, which contained the actors imaginative, and in some cases frightening, re-interpretations of such songs as The Beatles’ ‘Lucy in the Sky with Diamonds’ and Bob Dylan’s ‘Mr. Tamborine Man’. Shatner was divorced from his first wife in 1969, the same year that Star Trek was cancelled, and although I’m not sure that these facts are related it seems too much of a coincidence that both these events occurred shortly after the release of ‘The Transformed Man’.

Throughout the 1970s Shatner was no less a regular face on TV and in films and it is during this decade that he made his most memorable exploitation movie appearances - as an unctuous psychotic con-man in William Grefe’s low-budget thriller ‘Impulse’, a depression-era bank-robber in the Corman produced Big Bad Mama, as victim of Ernest Borgnine’s Satanic cult in The Devil's Rain, as ‘Rack’ Hansen: Enemy of Arachnids in Bud Cardos’ web-tastic Kingdom of the Spiders and as a proto-Jack Bauer in Crown International’s ‘The Kidnapping of the President’. His TV work during this time included appearances on Columbo, Kung Fu, Mission: Impossible and The Six Million Dollar Man.

Shatner lent his voice to an animated Star Trek spin-off which aired in the mid-70s and by 1979 enough sci-fi geeks had got their underwear bunched in a wad that the cult show returned in feature film form. Six bold cinematic voyages followed with Shatner reprising his most well-known role ending in 1994 with ‘Star Trek: Generations’.

During the 1980s the actor starred as the titular cop in the long-running TV series T.J. Hooker, also directing a number of episodes. In the 1990s the Renaissance man diversified further and penned a series of sci-fi novels starting with ‘Tekwar’ which proved popular enough to warrant a comic book adaptation, a video game spin-off and a subsequent, but short-lived, TV series in which the author regularly guest starred (of course).

There seems to be no limit to the man’s ambitions and ability to re-invent himself for new media. The 21st Century has seen the one-time Starship Captain gain his own star on the Hollywood Walk of Fame, rant through 18 episodes of CBS sitcom ‘Shit My Dad Says’, win an Emmy and a Golden Globe for his performance in the acclaimed ‘Boston Legal’ and launch a one-man Broadway show modestly titled ‘Shatner’s World’!

Here at The GCDb we really don’t give two hoots for Golden Globes (unless they’re the kind attached to Uschi Digard). You need a crash course in the Grindhouse Gospel according to Bill? Then check out The GCDb Shatnersploitation Top Five:

1 - Kingdom of the Spiders : Classic ‘70s animal-on-the-rampage flick finds our hero playing a cowboy veterinarian up to his Stetson in creepy crawlies but still turning on the old Shatner charm for co-star Tiffany Bolling.

2 - The Intruder : Shatner’s finest hour as an actor, sweating up a sleazy storm in Roger Corman’s fever pitch tale of race hate in the U.S. of A. Still shocking 50 years on; an absolute must-see.

3 - Incubus : The only movie ever shot in the contrived language of Esperanto. If curiosity value alone isn’t reason enough to give it a look then be advised that it’s an effectively weird and atmospheric little chiller and Shatner gives an emotive performance.