Difference between revisions of "Susan George" 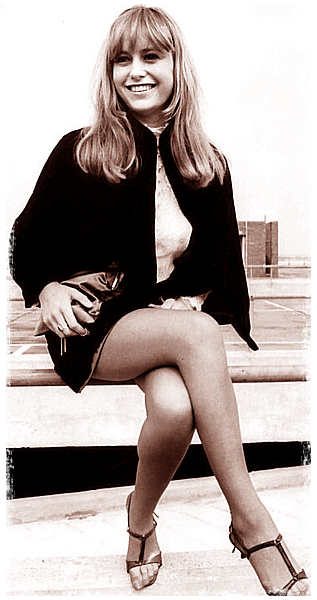 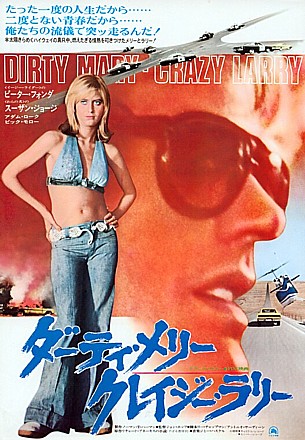 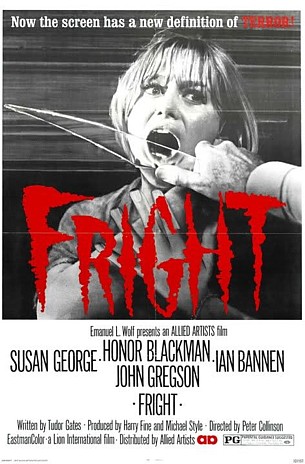 Born on the 26th of July 1950 English actress Susan George is best known for her screen scorching performance opposite Dustin Hoffman in Sam Peckinpah’s controversial ‘Straw Dogs’ however she appeared in a host of thrillers and chillers throughout the 1970’s and 1980’s that secured her a special place in the heart of many grindhouse film fanatics. George lent an effervescent presence to every movie she starred in and exuded a casually flirtatious on screen sensuality that the likes of Peckinpah exploited to the extreme. Frequently the characters George played on film seemed blissfully unaware of just how hot they were and what an effect their precocious sexuality had on the men that they came into contact with. Coupled with a genuine depth of acting talent that meant she could effortlessly match the gravitas of co-stars such as the aforementioned Hoffman and Oliver Reed (in Venom) while also upstaging B movie stalwarts like Doug McClure (in The House Where Evil Dwells and Hugo Stiglitz (in Tintorera).

George attended stage school from an early age in order to train as an actress. At age 12 she appeared in a theatrical production of ‘The Sound Of Music’ and in 1963 she starred in the British TV adaption of Arthur Ransome’s ‘Swallows And Amazons’ playing a character called, in the book, Titty Walker. In the TV version the character was prudently re-named Kitty to avoid audience sniggers however one might view this labelling as prescient of the opening shots of George in the Peckinpah film that brought her most notoriety, in which her bra-free sashaying through the centre of a rural village draws stares from all around.

Then came ‘Straw Dogs’. Sam Peckinpah’s masterful manipulation of simmering tension and fever pitch violence revolves around the controversially explicit rape of Susan George’s character Amy in a scene that has lost none of its ability to shock in the 40 odd years since it was made. Emotionally complicated and casually sensual, George’s stunning performance demands the audience return for repeat viewings to try and decrypt the motivations behind her richly detailed characterisation.

The 1980’s saw George appear in even more cult curiosities; pestered by Japanese ghosts in the aforementioned The House Where Evil Dwells, alongside Laurence Olivier and Michael Caine in espionage thriller ‘The Jigsaw Man’ and squaring up to the bizarre casting of Franco Nero in the Golan-Globus production Enter the Ninja. In addition she made notable appearances in a number of well-loved cult TV series including Tales Of The Unexpected (in which she killed her husband with a frozen leg of lamb) and Hammer House Of Mystery And Suspense (in an episode directed by John Hough who had previously worked with the actress on Dirty Mary Crazy Larry as well as the 1970 thriller ‘Eyewitness’).

Married to British actor Simon McCorkindale from 1984 until his death in 2010, the couple set up their own film and TV production company in the late 1980s named Amy International Artists in tribute to George’s most iconic role. George continued to appear on TV in the 21st Century and in 2001 took on a role in long running British soap EastEnders; a fate more terrible than anything that befell the characters she essayed in her many forays into exploitation cinema.

Wanna see more of Susan George? Then GCDb recommends the following grindhouse treats as examples of the actress at her finest.

1 – Straw Dogs : Susan George’s most famous, and quite probably career best, performance. It might have Hollywood heavyweights in front of and behind the camera but at its core this uncompromisingly violent thriller has grindhouse guts.

4 – Tintorera : Susan George does Mexploitation in Rene Cardona Jnr’s sexed up ‘Jaws’ rip off. Frightening for all the wrong reasons, one of which is the site of Hugo Stiglitz’ bare ass.

5 – Mandingo : Richard Fleischer directed this hysterical and lurid Southern Gothic melodrama about a plantation slave trained to be a bare-knuckle boxer which Quentin Tarantino has described as a big budget studio exploitation flick. Susan George goes wild with a whip!