Difference between revisions of "Mel Ferrer" 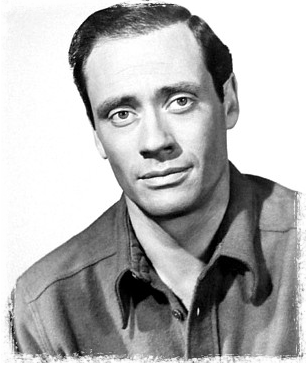 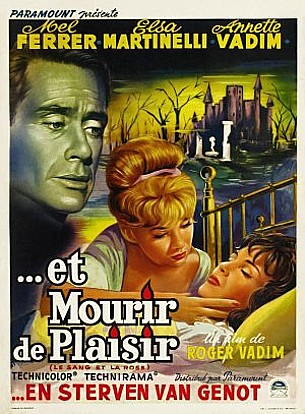 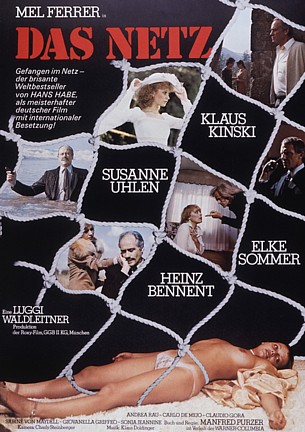 Many actors and actresses have undertaken roles in exploitation movies early on in their careers with the intention of moving on to what they might consider bigger and better things. However in some cases these performers make such a strong impression in these early appearances that they become singularly associated with a particular genre or with ‘B’ pictures in general. This kind of typecasting appears to be particularly common with the stars of horror movies.

On the other hand some actors and actresses start out with successful mainstream movie careers and, for whatever reason, find themselves in later years enticed into foreign territories or low budget productions which lead to a 2nd career as an exploitation movie icon. One such actor who fits this latter category is debonair renaissance man Mel Ferrer.

Born in New Jersey in 1917 Melchor Ferrer went to school in New York and attended Princeton University however he dropped out before graduating to pursue full-time his passion for acting. As a teenager he won awards for his work in theatre and was appearing on Broadway by the age of 21. As well as acting Ferrer was a keen writer, director and producer; he made his film directing debut with ‘The Girl of the Limberlost’, based on the popular novel by Gene Stratton-Porter, in 1945. Although contracted to Columbia pictures at this time Ferrer still regularly returned to the theatre and in 1946 directed a stage production of ‘Cyrano De Bergerac’. The handsome but sad eyed actor was married a total of five times in his life most famously to ‘Breakfast at Tiffany’s’ star Audrey Hepburn.

It was during the 1950’s that Ferrer gained most attention and acclaim as a big screen actor with appearances in such Oscar winners as ‘Scaramouche’, ‘Knights Of The Round Table’ and ‘War and Peace’. However Mel Ferrer never quite gained leading man status in Hollywood. Although charismatic he frequently appeared wistful and melancholy, qualities which were not in keeping with mainstream cinema’s stereotype of the strong masculine lead. Strangely these awkward qualities would be put to better use when later on Ferrer’s career took him to Europe and into the off-kilter environments of the exploitation film.

The 1960’s saw Ferrer fight crooner Harry Belafonte for the affections of the one woman left alive in post-apocalypse sci-fi yarn ‘The World, The Flesh and The Devil’, appear opposite Christopher Lee as a pianist whose injured hands are transplanted with those of a murderer in ‘The Hands of Orlac’, and assume the romantic lead in Roger Vadim’s luxuriant vampire opus ‘Blood and Roses’.

By the 1970’s Ferrer was a regular face in low-budget Italian genre flicks and it is at this point that his career becomes of most interest to fans of grindhouse movie fare. Starting with the outrageous Exorcist rip-off The Antichrist in 1974 Ferrer went on to appear in 2 films a piece for giallo maestros Sergio Martino (Suspected Death of a Minor in 1975 and The Big Alligator River in 1979) and Umberto Lenzi (Doomed To Die aka ‘Eaten Alive’ and Nightmare City both in 1980) as well as downbeat murder mystery The Pyjama Girl Case (1977) and mind-boggling sci-fi muddle The Visitor (1979) plus several others. He was also to be spotted in Tobe Hooper’s Texas Chainsaw follow up ‘Death Trap’ (confusingly aka Eaten Alive) and the Lee Majors Viking vehicle ‘The Norsemen’ directed by Charles B. Pierce.

Ferrer was obviously cast in many of these pictures in order to add a touch of class to what were otherwise cheap-ass proceedings. Even when the role was a thankless one the actor’s pensive and somewhat weary demeanour often hints at a depth of character that would not have otherwise been apparent in the material. Although rarely, if ever, mentioned by critics or film fans in discussions of favourite genre stars, Ferrer’s name on a cast list always peaks my interest. Much like John Saxon or Cameron Mitchell or Joseph Cotton, Mel Ferrer was a dignified presence who added gravitas to many an outrageous and exploitable movie premise.

Despite what some modern filmmakers seem to think cult movies do not attain their charm by wedging their tongues firmly in cheek and winking knowingly at the audience or by deliberately faking technical shortcomings. The presence of personalities like Mel Ferrer in movies as demented and daft as ‘Nightmare City’ and ‘The Visitor’ is a big part of what makes grindhouse patrons fall in love with them. In order to succeed in generating that unpredictable cult appeal, that mysterious cloak of inexplicable charm that is neither camp nor entirely humourless, these films must never appear to be deliberately exhibiting themselves for ridicule. It’s thanks to the efforts of professionals like Mel Ferrer who approach every role with equal seriousness despite the questionable eccentricities of the script that said films appear sublime rather than ridiculous.

You Can’t Say Ferrer Than That:

If you want to see Mel Ferrer at his most demure then you might wanna investigate some of his Oscar nominated films however here at The GCDb we say “Fuck The Oscars” and recommend the following 5 Ferrer favourites from Mel’s grindhouse glory days:

‘Barbarella’ director Roger Vadim lavished this adaptation of J. Sheridan Le Fanu’s female vampire tale ‘Carmilla’ with an oneiric atmosphere of Gothic eroticism in which Mel Ferrer’s suave detached demeanour is perfectly suited to the film’s melancholy themes of unrequited love and desire from beyond the grave.

Ferrer plays concerned father to a psychosomatically paralysed and incestuously inclined daughter possessed by a demonic spirit in this fruity Freudian spin on ‘The Exorcist’. The usual profanities and pea soup spewing feature alongside a heady brew of Catholic guilt, sexual dementia and goat ass licking. Yes, I said goat ass licking.

Sociopathic novelist Ferrer forms an immoral coalition with sleazy tabloid reporter Klaus Kinski in this under-appreciated and rarely seen Euro thriller. This borderline giallo has an emotional depth absent from most of its genre brethren and Ferrer gives one of the most nuanced performances of his entire career, more than holding his own against his scenery-chewing co-star.

One long WTF of a movie! Ferrer stars alongside Franco Nero, John Huston, Lance Henrikson, Sam Peckinpah and Shelley Winters in this insane metaphysical Omen-esque sci-fi horror mash-up which really has to be seen to be believed. In fact, after seeing it you probably still won’t believe it exists!

Military blowhard Ferrer goes straight to plan ‘H’ and holds plan ‘B’ in reserve when all hell breaks loose in Umberto Lenzi’s riotous splatter marathon. Unspecified contamination causes manic blood thirsty mutants to kill, kill, kill! The ever professional Ferrer keeps a straight face while all around are losing theirs.