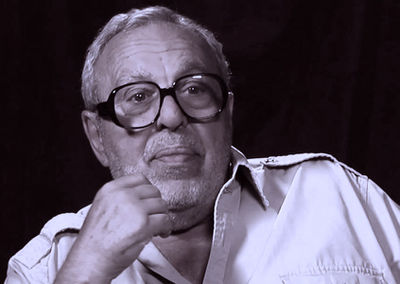 Matt Cimber (born Thomas Vitale Ottaviano[1][2][3] in 1936) is an Italian–American film producer, director and screenwriter. He was the last husband of Jayne Mansfield.[4] Cimber directed her on stage and in one movie, Single Room Furnished (1968). Cimber married Jayne Mansfield in 1965, they have one son, Antonio ("Tony", b. 1965). They divorced in 1966, a year before she was killed in a car crash.

Cimber began his career in the early 60s directing off-Broadway plays including works by F. Scott Fitzgerald, Tennessee Williams and the US premieres of the Jean Cocteau trilogy. During his theater years, Cimber adapted Burning Bright by John Steinbeck which introduced Sandy Dennis who went on to win an Academy Award for Who's Afraid of Virginia Woolf? (1966). Cimber then directed the Broadway revival of Bus Stop, where he met his future wife Jayne Mansfield.

Matt made his cinematic directorial debut (credited on-screen as Matteo Ottaviano)[1][5] with the offbeat Single Room Furnished (1966), which was also Jayne Mansfield's last movie. Cimber directed Man and Wife in 1969 and He and She the following year. He followed this movie with the film The Sexually Liberated Female (1970), which was based on a best-selling book The Sensuous Female by J.

Cimber did three blaxploitation pictures in the mid 70s: The Black Six (1973), Lady Cocoa (1975) and The Candy Tangerine Man (1975) which Samuel L. Jackson has been quoted as saying is his "favorite film." In 1976 Matt made a rare foray into the horror genre with the disturbing psychological shocker The Witch Who Came From The Sea. His next work was based on a Mario Puzo story, a World War II drama Time to Die (1982) starring Rex Harrison.

Later that year Matt teamed up with Pia Zadora for two films: Butterfly (1982) and Fake-Out (1982). Butterfly (1982) was the master filmmaker Orson Welles's last film for which he received one of the film's three Golden Globe nominations. The following year Matt joined forces with actress Laurene Landon for the delightful action/adventure romps Hundra (1983) and Yellow Hair and the Fortress of Gold (1984). Quentin Tarantino is quoted as saying Matt Cimber films were among his favorite.[source?]

After a twenty years absence in motion picture production, Matt Cimber made a comeback with the independent drama Miriam (2006).

In the late 80s, Cimber created and directed the successful TV series GLOW: Gorgeous Ladies of Wrestling (1986). The show lasted for four seasons and was broadcast on over 100 stations in the US. Cimber's recent work has been in the documentary genre. He wrote and directed "An American Icon: Coca-Cola, the Early Years" (1997) and "The History of United Nations" (1996). He created and wrote the eight-minute intro for visitors to the United Nations for which he received a special commendation from the UN.