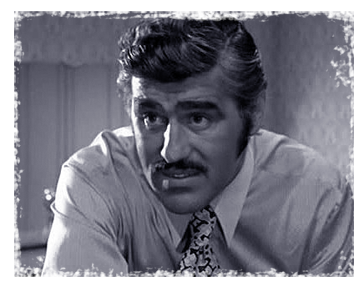 Now a living legend, Mario Adorf was born in Zurich, Switzerland on September 8, 1930. Born to Italian/German parents, Adorf's heritage as well as film career shares an international character. From 1953 to 1955, Adorf studied acting at the Otto-Falckenberg-Schule in Munich. His first role, although small, was in 1954 in the first installment of the West German-produced 8/15 series. After winning an award for his performance in Robert Siodmak's Nachts, wenn der Teufel kam (1957), Adorf's career expanded. Known for his Mediterranean looks and his ruddy appearance, Adorf became a great fit for villainous characters spanning from stark Eurowesterns, spy films, and a number of classic Poliziotteschi films such as Execution Squad (1972) Milano Calibro 9 (1972) La Mala Ordina (Manhunt) (1972). Adorf began taking on mainstream roles by the end of the 1970s. To mainstream fans, Adorf is mostly known for his role as "Alfred Matzerath" in The Tin Drum (1979). In addition to acting in feature films, Adorf has also worked on a number television projects for both German and Italian audiences. He is also an accomplished author who is credited with five novels and one memoir.