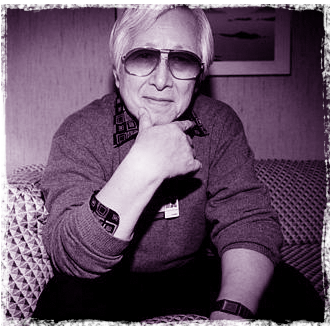 Kinji Fukasaku (July 3, 1930 - January 12, 2003) We don't know much about his childhood, so lets jump directly into his movies. Fukasaku directed his first own film in 1961. This crime thriller was called Hakucho no buraikan (1961) and was shot in black & white. These 82 minutes of runtime showed Fukasaku's talent for brutal japanese Yakuza thrillers, but also had emotion between the protagonists. With Fûraibô tantei: Misaki o wataru kuroi kaze (1961), Fûraibô tantei: Akai tani no sangeki (1961), Funky Hat no kaidanji: Nisenman-en no ude (1961), Funky Hat no kaidanji (1961) Fukasaku shot four 60 minutes black & white films starring Sonny Chiba. This was in the classic Crime n' Gangster genre, but Fukasaku wanted more. With Hokori takaki chosen (1962) Fukasaku made another short Crime film. He wanted to reach greater limits, but he had no money and no real success yet. He then shot a short Crime movie after another and in 1964 made his first full length film: Jakoman to Tetsu (1964), based on a early screenplay by Akira Kurosawa (Shichinin no samurai (1954). But every movie Fukasaku did, including kami to buta to ningen (1964) was another entertaining, but not overwhelming thriller. So, after a few other small productions and his sci fi-monster genre film The Green Slime (1968) Fukasaku made his first real hit with Kurotokage (1968), US title: Black Lizard. This mysterious and extraordinary crime movie was shot in Fujicolor and was 86 minutes long. Fukasaku got some critical success and made a solid film. With Gendai yakuza: hito-kiri yota (1972) (as Modern Yakuza: Outlaw Killer) he made another dark and bloody film which was entertaining and full of nasty gangsters. After that, Fukasaku went into another genre: Classic Drama. And his Gunki hatameku motoni (1972) was one. But after only three real good films, Fukasaku made his biggest hit: Jingi naki tatakai (1973) (Battles Without Honor and Humanity). This genre classic is with no doubt, one of Fukasaku's best works. It's a bloody Yakuza Thriller with great actors, fine action and brilliant camera and music work. An absolute masterpiece of 70s Yakuza cinema. He got hundreds of fans and overwhelming critics and shot one cool film after another including Jingi no hakaba (1975) (as Graveyard of Honor), another great Thriller which looked so realistic, it was called a "mockumentary". This movie got a remade by the Japanese director Takashi Miike in 2002 and was a genre-defining masterpiece, just like Fukasaku's next motion picture Yakuza no hakaba: Kuchinashi no hana (1976) (as Yakuza Graveyard). Fukasaku's unofficial Yakuza trilogy: Battles Without Honor and Humanity, Yakuza Graveyard and Graveyard of Honor became cult movies and influenced directors like Takashi Miike (Ichi The Killer, Graveyard of Honor remake), Takeshi Kitano (Hana-Bi (1997) and Sonatine (1993) are mainly influenced by Fukasaku) and Quentin Tarantino (Reservoir Dogs (1992) was a big Fukasaku homage and in the beginning of his Kill Bill: Vol. 1 (2003) (the uncut Japanese version) you can read "This film is dedicated to Master Filmmaker Kinji Fukasaku (1930-2003)".

After a few other cool thrillers, Fukasaku directed the Japanese parts in the Pearl Harbor movie Tora! Tora! Tora! (1970) (other directors were Richard Fleischer and Toshio Masuda). He also did more action like movies like Itsuka giragirasuruhi (1992) which is a highly entertaining non-stop bullet feast, in the same vein as Hong Kong Director John Woo's movie's Lashou shentan (1992) and Die xue shuang xiong (1989).

Fukasaku's last real masterpiece was the brilliant Batoru rowaiaru (2000), also known as Battle Royale. This extremely bloody, but very intelligent social critique starring writer-director-actor Takeshi Kitano (which is a huge fan of Fukasaku's earlier work) became an absolute cult film. Fukasaku wanted to direct Battle Royale II (2003), but he died on 12th January in 2003 and let his son Kenta finish the film, but it sadly became a no-brainer action-only flop. So Kinji's real last film is Battle Royale and we all thank him for this and his earlier masterpieces of modern and classic Grindhouse cinema.