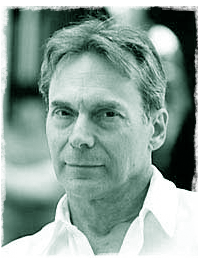 Jack Hill was born on January 28, 1933 in Los Angeles California. Jack grew up around the movies since his father was a set designer at First National Studios in 1925. When Warner Bros. purchased the studio he worked for them until the early fifties as a set designer and assistant art director. He worked on some TV shows, then went to Disney and he did all the interiors for Captain Nemo's submarine in 20,000 Leagues Under The Sea. He worked on Disneyland as well, designing Sleeping Beauty's Castle and Tom Sawyer's Island and Main Street.

Jack attended college at the University of California to study film, where he was a classmate of Francis Ford Coppola. He ended up writing some extra scenes and directing part of Coppola's first black and white unfinished feature for Roger Corman called Dementia 13 in 1963.

In 1968 Jack wrote and directed his first film entitled Spider Baby. It was a macabre black comedy about a group of mentally retarded adults who live like children together and terrorize innocent people. It starred Lon Chaney Jr, Sid Haig and Jennifer Banner. It has since become a cult favorite for film geeks. His next feature film was called Pit Stop, which was a low budget racing picture he made for Roger Corman starring Richard Davalos (East of Eden). He wanted it to be the first artistic car racing film ever. In 1971 Jack released The Big Doll House, It was a big hit at drive-ins and Grindhouses across the country. This was one of the most popular "Women In Prison" films and it sparked off a whole new resurgence of the subgenre. It featured a young Pam Grier as one of the female prison inmates. Jack and Pam Grier worked together again on the follow up to The Big Doll House entitled The Big Bird Cage (1972). Another Women In Prison-Sexploitation film. It wasn't as big a hit as The Big Doll House but it did pretty well.

Jack created one of his most well known cult masterpieces in 1973. The film was called Coffy, it starred Pam Grier as a woman out for Revenge against pimps and drug dealers who got her sister hooked on dope. Pam shines in this film and she truly is a "one woman hit squad". By using her sexual prowess and tough attitude, she gets back at anyone who does her wrong. Coffy really is a classic work of cinema from the Blaxploitation genre. In 1974, Pam starred in the follow up to Coffy (which was at first supposed to be a sequel) called Foxy Brown. It was another great Blaxploitation revenge film. This time Grier's main character was out to avenge her boyfriends death. She goes undercover as a hooker to infiltrate an evil high class drug dealer/madam. Foxy is even betrayed by her own brother Link (Antonio Fargas) who snitches on Foxy's boyfriend and gets him killed.

Jack's next film was set in another one of the classic Grindhouse genres: The Cheerleader film. It was called The Swinging Cheerleaders (1974). This genre was very big at this time and Hill made one of the classics. Sex, comedy and drugs were the main ingredients and it became a favorite in drive-ins across the USA.

In 1975, Hill switched to another great subgenre: the Girl Gang film. The movie was called The Jezebels and it starred Robbie Lee, Joanne Nail and Monica Gayle. It revolved around a tough group of street chicks (The Dagger Debs) and their boyfriends (The Silver Daggers). It had everything the drive in/grindhouse audiences could want: comedy, knife fights, catfights, gunfights and sex! Later on in its run, The Jezebels was re-released under the name Switchblade Sisters. It didn't do too well at the box office but in the mid 1990s, Writer Director Quentin Tarantino (Pulp Fiction, Kill Bill) got the rights to the film and helped bring the cult film back to audiences on DVD. It revived Jack Hill's career as one of the most influential and exciting Exploitation film writer-directors to work in the biz.