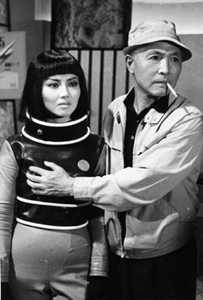 Book review Ishiro Honda: A Life In Film, From Godzilla to Kurosawa