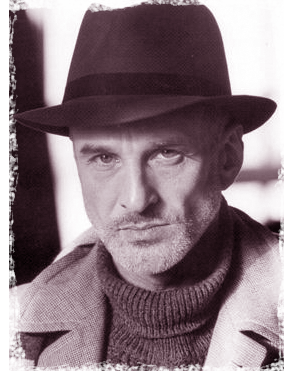 Italian/Austrian, Giovanni Lombardo Radice (aka John Morghen) (born September 23, 1954, Rome, Italy) made his beginnings in the performing arts with theater and ballet. But it wasn't untill he was randomly picked by an agent to make his film debut--Which would lead into more roles working for "the big four" of Italian-exploitation cinema, Antonio Margheriti, Umberto Lenzi, Ruggero Deodato and Lucio Fulci.

At first, Radice seemed to have been typecast as a childlike, weakling in his first two roles (The House On The Edge of The Park and City Of The Living Dead) but he was eager to prove that he could ham it up rather well when given the chance to play outright psychos. The (literally) bloodthirsty Vietnam-vet that he played in Cannibal Apocalypse led to the crazed, drug-addict villain that was seen in Cannibal Ferox, a film Radice has since publicly despised.

Though currently residing in Europe and doing more diverse work in both film and theater, Radice has since then been immortalized in the gore-horror archives mostly for the mind-blowing participation of Special FX that his characters often seem to be the victim of.