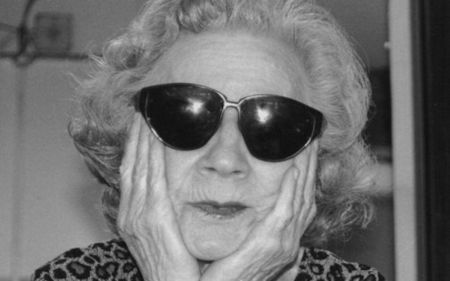 The self-taught Ms. Wishman was sometimes known as "the female Ed Wood," however, this seems an unfair comparison. Wishman made films that certainly do not follow the traditional rules of American and European film-making. However, one would be hard-pressed to describe her directorial style as "bad." She is known for rarely, if ever, showing the faces of actors while they are delivering lines, which made the post-production addition of sound easier, but also gives a dreamy, unreal feel to her movies. As does her penchant for focusing on the inanimate objects in a room, at the expense of more organic scenery.

Ms. Wishman began her career in nudist features such as Blaze Starr Goes Nudist (1962) featuring burlesque legend Blaze Starr. Other titles include Hideout in The Sun (1960), Diary of a Nudist (1961), Nude on The Moon (1961) Gentlemen Prefer Nature Girls (1962), Playgirls International (1963), Behind the Nudist Curtain (1963), and The Prince and the Nature Girl (1964). She eventually abandoned the genre, with other directors such as Russ Meyer and David F. Friedman it had lost its commercial viability.

In the mid-60s, Ms. Wishman began working in the sexploitation genre, making the movies for which she became primarily known. One of her best-known films from this period is Bad Girls Go to Hell, which contains many elements found in sexploitation plots, as well as many of her personal stylistic markers. Other films from Wishman's sexploitation period include The Sex Perils of Paulette (1965), Another Day, Another Man (1966), My Brother's Wife (1966), A Taste of Flesh (1967), Indecent Desires (1967), and Too Much Too Often! (1968). All are shot in black and white. Two subsequent features, Love Toy (1968) and The Amazing Transplant (1970), are shot in color and signify a move toward the burgeoning soft-core genre.