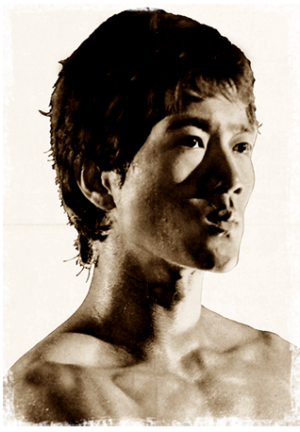 James Ho Chung Tao aka Bruce Li (Born 1950, Taiwan) is one of the many martial arts movie actors who was brought in by studios to recreate the iconic persona of Bruce Lee in the 1970s after his death. This kung fu film craze was coined "Brucesploitation". Still, Bruce Li was actually a very popular star in his own right after making the film Exit The Dragon, Enter The Tiger among others. Interestingly, there were rumors that if Bruce Lee hadn't died, he and Bruce Li would have been brought together to co-star in a series of action films. Li is considered one of the best Bruce Lee imitators, along with Bruce Le of Hong Kong and Dragon Lee of South Korea.