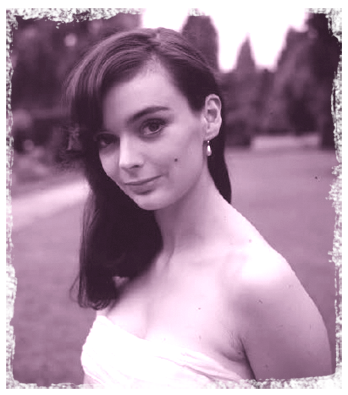 "It's easy to know my mood. I'm thin when I'm happy, but, during all the seasons, my eyes are green, my hands too big and my legs too long".

(About Black Sunday:) "In ten days Mario Bava had not been able to work the lighting as he had planned it. As an old chief camera operator, he attached much importance to the image. I find that, in our time, the cinema is less and less a visual art. It was much more beautiful in the 1930s, for example. One finds less and less imagination concerning the visual planning. Love scenes are filmed in a mechanical and cold fashion. One doesn't embrace this way in life. It would be necessary, on the contrary, to suggest this by imagery - a detail, the curve of a shoulder... I don't know... I never go to see supernatural films. Not my own. There is, perhaps, some good in them."