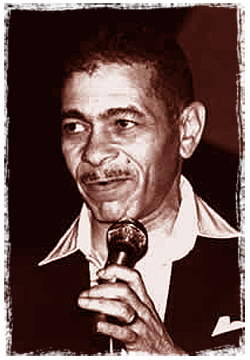 Adolph Caesar (December 5, 1933 - March 6, 1986) was a Notable Actor/Legendary voiceover artist who can be heard in many classic Blaxploitation trailers/radio spots. Caesar also appeared in a major event of Brucesploitation: Fist of Fear, Touch of Death. Further Exploitation history was made when Caesar added a voice to the English version of the adult toonsploitation classic: Tarzoon.

Caesar is best remembered for his role in director Norman Jewison's film, "A Soldier's Story" for which he received a nomination for "Best Actor in a Supporting Role" from both the Academy Awards and the Golden Globes. He also played the role of "Old Mister" in the 1985 Steven Spielberg film, "The Color Purple".

Caesar did voice-over work for television and radio commercials, including theatrical previews and radio commercials for many Blaxploitation films such as Cleopatra Jones and The Spook Who Sat By The Door, as well the 1978 zombie classic Dawn Of The Dead, according to the Internet Movie Database.

Caesar was working on the 1986 film "Tough Guys" when he suffered a heart attack. He died a short time later. He was interred in the Ferncliff Cemetery in Hartsdale, New York. Caesar was survived by his wife, one daughter, and a son.