Steeped in eerie organ music and muted black-and-white atmosphere, Carnival of Souls is a true one-of-a-kind horror classic, comparable to Night of the Living Dead in its lasting influence and low-budget craftsmanship.

Packing layers of dread as thick as cigarette smoke, trance-inducing camera work and deliberate pacing, this chiller is perfect for a rainy afternoon or midnight screening, especially with the lights dimmed and doors locked. 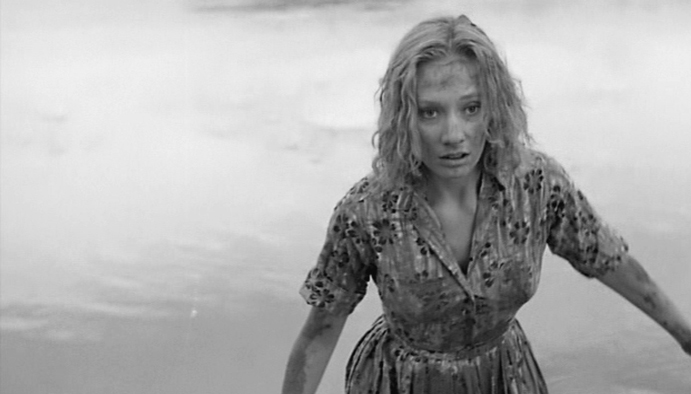 Our protagonist is Mary Henry, a stubborn and self-assured church organist who is traveling to Utah to work for a new parish. She recently survived a high-speed drag racing accident that left all of her fellow passengers dead, and to distance herself from the tragic incident and start a new life, she has decided to leave her hometown of Lawrence, Kansas.

Unfortunately, something is following Mary. Even before her road trip has ended, she begins to see ghastly apparitions in car windows and passing shadows. These white-faced and purple-lipped ghouls will eventually occupy every dark corner and poorly-lit hallway, sending Mary into a world of confusion and insanity that ultimately leads her to an abandoned amusement park that may hold the key to her current circumstance.

Playing like an extra long episode of the Twilight Zone, this forgotten gem boasts great set pieces, surprisingly effective makeup (considering the $30,000 budget), and an amazing lead performance. Candace Hilligoss brings an assured air to Mary, giving her backbone and a sense of independence that wasn’t common for female roles in the early 60s. Her performance in Carnival of Souls mirrors Duane Jones’ in Night of the Living Dead, being that they both shattered stereotypes and paved the way for future performers and filmmakers. It would be nearly impossible to think of Carrie’s vengeance or Carole’s disgust (in Repulsion) without Mary’s strong will.

She is also something of a trailblazer on the religious front. At certain points in the film, Mary expresses her ideals in a fashion that resembles modern atheism, showing her lack of faith in her job and her belief that “church is just a place of business.” An ideology like hers must have been shocking for the time and kudos to the screenwriters for showing an opposing viewpoint so admirably. 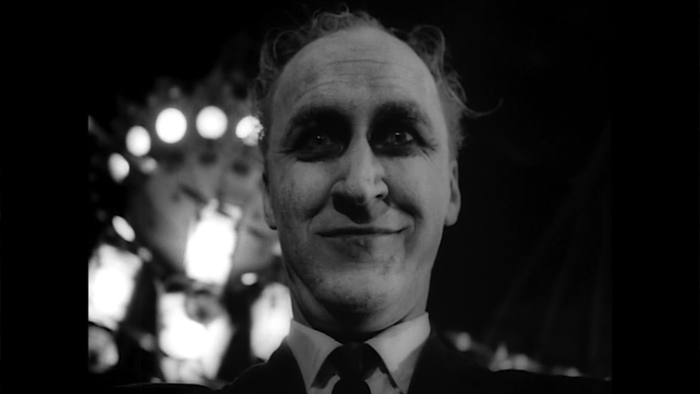 Shocking, scary, and art-fully constructed, Carnival of Souls is a surprising little picture that packs a big wallop in its short 80+ minute running time. In this reviewer’s opinion, it’s the tops for 60's horror cinema. Highly Recommended!