Call to Arms (1973, HK) is a Martial Arts film directed by Chiang Shen. 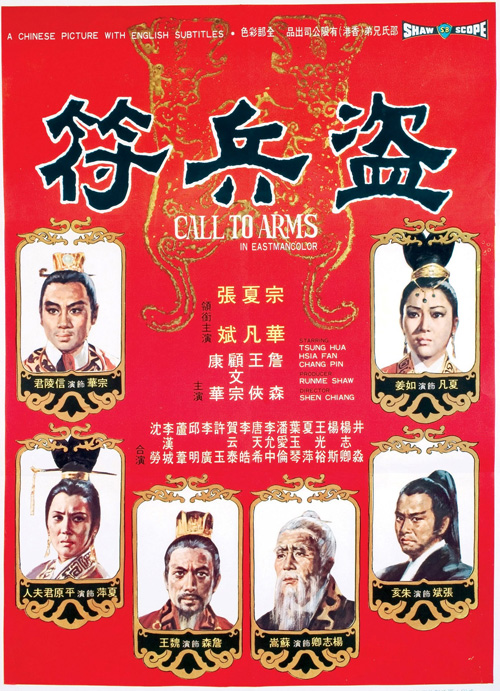 Shen Chiang both wrote and directed this monumental tale of three entire kingdoms. The aggressive and dangerous Chin empire occupies the put-upon Chao kingdom while the hero-filled Wei empire is paralyzed by an indecisive ruler. Adventure, intrigue, death and tragedy reigns before the triumphant clash of the armies. Shen, scriptwriter of the landmark "Temple Of The Red Lotus", presents it all with a sure touch and an eye for the spectacular. (IVL) 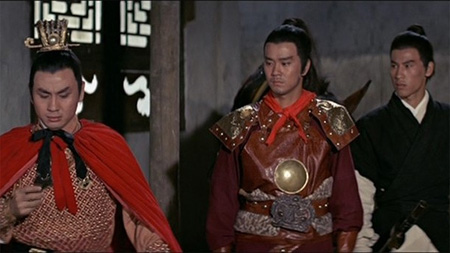