Difference between revisions of "Bruce Lee: His Greatest Hits (BluRay)" 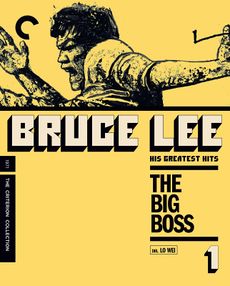 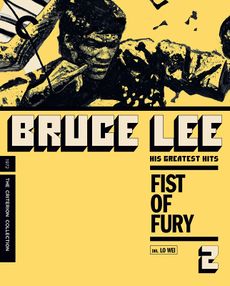 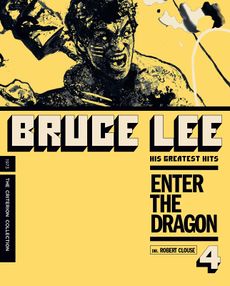 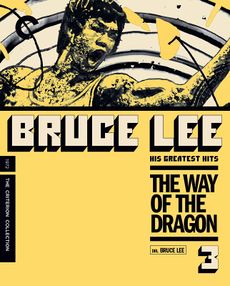 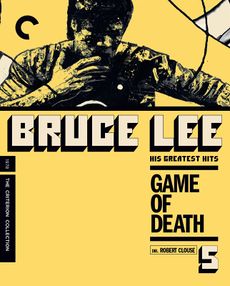 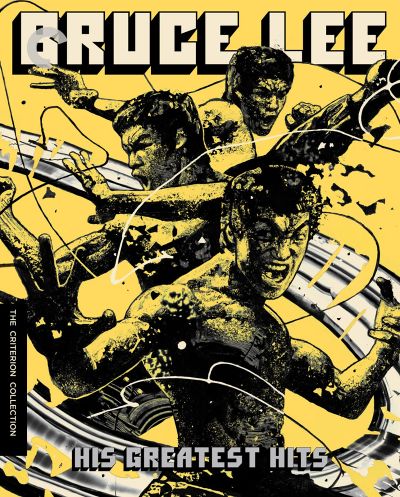 In the early 1970s, a Kung Fu dynamo named Bruce Lee side-kicked his way onto the screen and straight into pop-culture immortality. With his magnetic screen presence, tightly coiled intensity, and superhuman martial-arts prowess, Lee was an icon who conquered both Hong Kong and Hollywood cinema, and transformed the art of the action film in the process. This collection brings together the five films that define the Lee legend: furiously exciting fist-fliers propelled by his innovative choreography, unique martial-arts philosophy, and whirlwind fighting style. Though he completed only a handful of films while at the peak of his stardom before his untimely death at age thirty-two, Lee left behind a monumental legacy as both a consummate entertainer and a supremely disciplined artist who made Hong Kong action cinema a sensation the world over.(Criterion)

The Big Boss: Enter a legend. Bruce Lee's return to the Hong Kong film industry after a decade in America proved to be his big breakthrough, launching him to superstardom and setting a new standard for Kung Fu heroics. In The Big Boss, he commands the screen with his gravitas and explosive physicality in the role of a Chinese immigrant working at a Thai ice factory and sworn to an oath of nonviolence. When he discovers that the factory’s ruthless higher-ups are running a secret heroin ring and offing their own workers, his commitment to pacifism is put to the test. With his undeniable charisma and fluid, lightning-fast martial-arts style, Lee is a revelation, blazing across the screen with a speed and power the likes of which had never been seen before.

Fist of Fury: Bruce Lee is at his most awe-inspiringly ferocious in this blistering follow-up to his star-making turn in The Big Boss, which turned out to be an even greater success than its predecessor. Set in 1910s Shanghai, Fist of Fury casts Lee as a martial-arts student who, after his revered master is murdered by a rival dojo of Japanese imperialists, sets out to defend the honor of both his school and the Chinese people, with his fatal fists as his weapon of choice. Elevating Lee to a hero of near folkloric proportions, this historical revenge fantasy blends its stunning action set pieces with a strong anticolonialist statement and a potent dose of the fierce cultural pride that the actor embodied.

Way Of the Dragon: After the back-to-back triumphs of The Big Boss and Fist of Fury, Bruce Lee was given the chance to write, produce, and direct his third outing as a martial-arts superstar. He used the opportunity to add a touch of goofily entertaining comedy to the typically action-driven proceedings in The Way of the Dragon, which finds him playing a rigorously trained martial artist who travels from Hong Kong to Rome to help his cousin, whose restaurant is being threatened by a gang of thugs. Reaching new heights of physical virtuosity, Lee unleashes an astonishing display of nunchuck-swinging, fly-kicking mayhem, all culminating in one of his most breathtaking fights: an epic gladiatorial death match with Chuck Norris in the Roman Colosseum.

Enter The Dragon: At the height of his stardom in Hong Kong, Bruce Lee was called to Hollywood to make the film that, perhaps more than any other, defines his legacy. His electrifying fighting style and the deeply personal philosophy that guided it received their fullest expression yet in this thrilling tale of a Shaolin fighter who goes undercover to infiltrate a treacherous island presided over by a renegade monk turned diabolical criminal mastermind. Released just days after Lee’s tragic death, Enter the Dragon went on to become his greatest international success and one of the most influential action movies ever made, with its famed hall-of-mirrors finale bringing together the physical and intellectual dimensions of his artistry in one dazzling set piece.

Game of Death: Released five years after Bruce Lee's death, this eccentrically entertaining Kung Fu curio combines footage from an unfinished project directed by and starring Lee with original material shot by Enter the Dragon director Robert Clouse to create an entirely new work that testifies to the actor’s enduring place in the pop-culture imagination. Using stand-ins, doubles, and archival footage to compensate for Lee’s absence, Game of Death follows a martial-arts movie star who, when he is threatened by a cutthroat crime syndicate intent on controlling his career, must take his skills from the soundstage to the streets. It all builds to an exhilarating climax that is pure Lee: a tour de force of martial-arts mastery in which the legend himself, clad in an iconic yellow jumpsuit, fights his way up a multilevel pagoda, with the towering Kareem Abdul-Jabbar among his formidable opponents.

Bonus Feature- Game of Death II: This film was marketed as a sequel to Bruce Lee's last and only partially completed film Game of Death. Bruce Lee died some years before the production of Game of Death II and most of his scenes are taken from Lee's older films; mostly from Enter the Dragon. Aside from the International English dub giving the "Bruce Lee" character the name "Billy Lo", this movie would seem to have no connection with Robert Clouse's film. Famed martial arts star Billy Lo is murdered. His brother Bobby goes to Korea to find his brother's killers and exact revenge. (Wikipedia)

Six audio commentaries: on The Big Boss by Bruce Lee expert Brandon Bentley; on The Big Boss, Fist of Fury, Game of Death, and The Way of the Dragon by Hong Kong–film expert Mike Leeder; and on the special-edition version of Enter the Dragon by producer Paul Heller • High-definition presentation of Game of Death II, the 1981 sequel to Game of Death • Game of Death Redux, a new presentation of Lee’s original Game of Death footage, produced by Alan Canvan • New interviews on all five films with Lee biographer Matthew Polly • New interview with producer Andre Morgan about Golden Harvest, the company behind Hong Kong’s top martial-arts stars, including Lee • New program about English-language dubbing with voice performers Michael Kaye (the English-speaking voice of Lee’s Chen Zhen in Fist of Fury) and Vaughan Savidge • New interview with author Grady Hendrix about the “Bruceploitation” subgenre that followed Lee’s death, and a selection of Bruceploitation trailers • Blood and Steel, a 2004 documentary about the making of Enter the Dragon • Multiple programs and documentaries about Lee’s life and philosophies, including Bruce Lee: The Man and the Legend (1973) and Bruce Lee: In His Own Words (1998) • Interviews with Linda Lee Cadwell, Lee’s widow, and many of Lee’s collaborators and admirers, including actors Jon T. Benn, Riki Hashimoto, Nora Miao, Robert Wall, Yuen Wah, and Simon Yam and directors Clarence Fok, Sammo Hung, and Wong Jing • Promotional materials • PLUS: An essay by critic Jeff Chang • New cover designs by Gian Galang