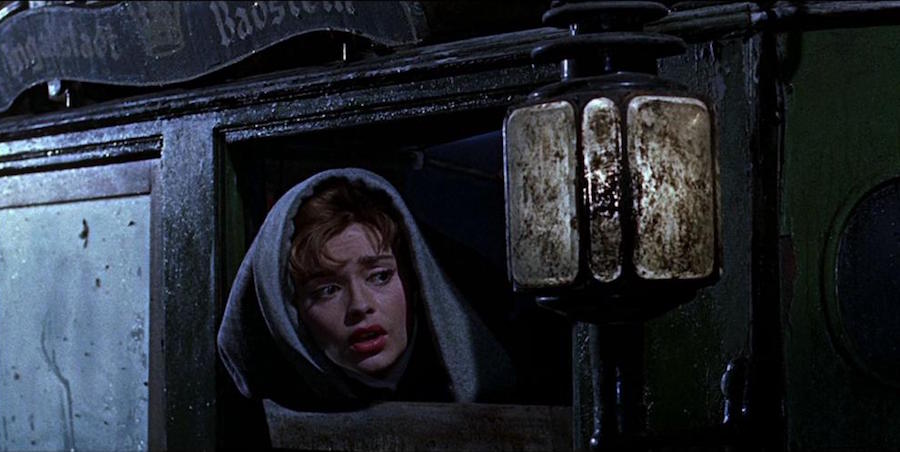 Despite Christopher Lee’s refusal to reprise his role as the caped Count Hammer studios proceeded with a follow up to their 1958 box office hit Horror of Dracula without him and the result is one of the company’s most exciting, suspenseful and visually enchanting productions. A voiceover narration informs us that although the lord of the undead Count Dracula has been destroyed his vampire spawn are still at large.

Stranded on route to an appointment at a girls' school in the Transylvanian town of Badstein (as if the name weren’t warning enough!) French teacher Marianne Danielle accepts an invitation from the Baroness Meinster (that’s German for ‘monster’ I believe) unaware that their meeting is far from accidental. 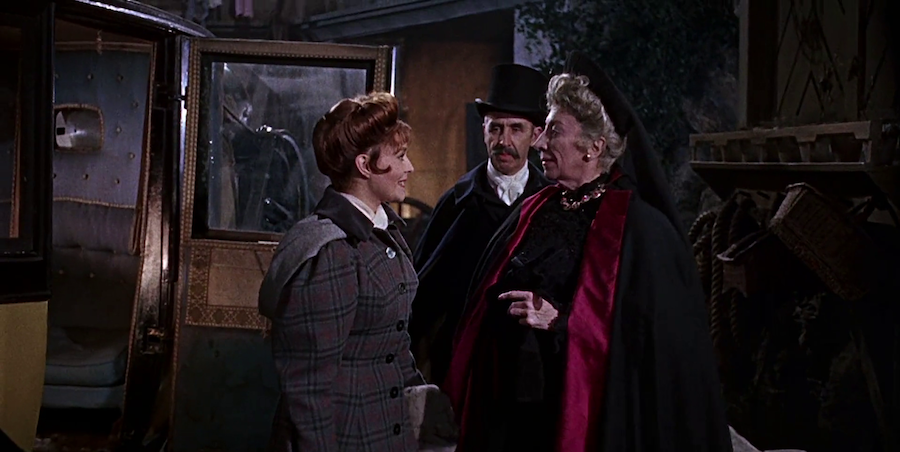 The Baroness has a foppish son who she keeps chained up in his room and who is apparently afflicted by a mysterious illness. Taking pity on the handsome young man Marianne is coerced into setting him free and he wastes no time in exacting a terrible revenge upon his mother for holding him prisoner. The Baron is in fact a vampire and his so-called ‘illness’ is an undying hunger for human blood!

Having fled the nightmare castle Marianne is rescued by famous vampire hunter, and all-round scholar of the weird, Dr Van Helsing who is intrigued by her story. Having delivered Marianne safely to her new place of employment he visits the grave of a recently murdered village girl only to find Gita, the Baron’s nurse maid, whispering encouragement into the dirt like some ghoulish demented mid-wife. While he watches in stunned silence a new vampire is born, clawing its way out of the soil. 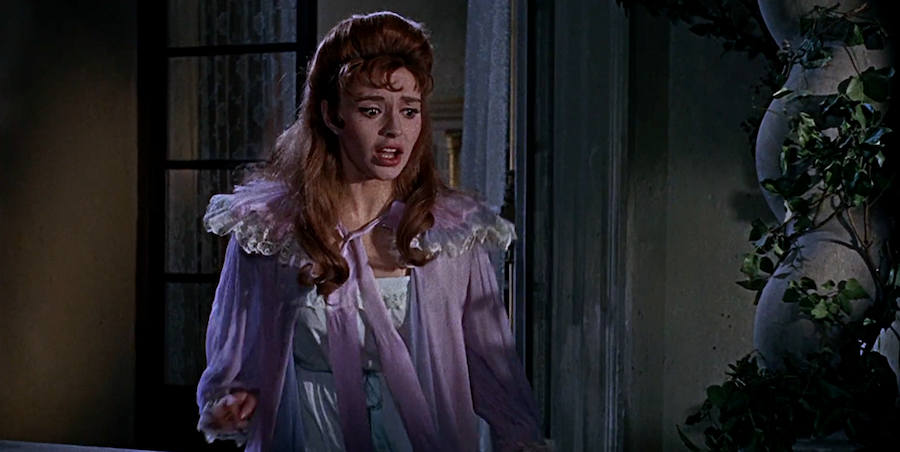 An attack by a giant red-eyed bat leads the Doc to Castle Meinster and he discovers the Baroness too is now one of the undead, her son’s incestuous ‘kiss’ having passed on the vampire’s curse. Van Helsing must act quick to stop the plague from spreading and with the Baron eyeing the girl’s school like it’s a well-stocked fridge full of fresh meat there may soon be a whole harem’s worth of brides for Dracula.

Jimmy Sangster’s initial script had been called ‘Disciple Of Dracula’ and did not feature Van Helsing but with Peter Cushing set to star and Christopher Lee out of the picture re-writes were a necessity. 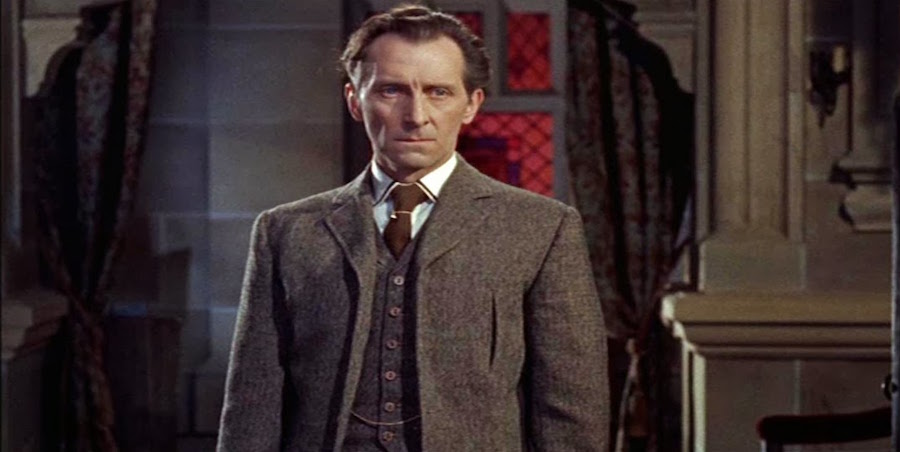 Cushing is, as always, superb as the determined and scholarly vampire slayer. Never simply just delivering his lines and hitting his mark every gesture, every turn of phrase is embellished with carefully observed details designed to lend the character gravitas and authority even when expounding the most outlandish supernatural mumbo-jumbo. Also notable is Cushing’s athleticism. Only once is a stunt man’s contribution apparent, otherwise Cushing leaps, bounds and buckles his swash in true Errol Flynn style emphasising that Van Helsing is a man of prowess both physical and intellectual.

Special mention should also go to Martita Hunt as Baroness Meinster who brilliantly portrays the guilt, shame, loneliness and grief of a mother who has lost a son but continues to find victims to feed the beast he has become. Although David Peel’s Baron lacks the predatory sexual menace of Christopher Lee’s Count he’s none the less a charmingly perverse libertine mummy’s boy. 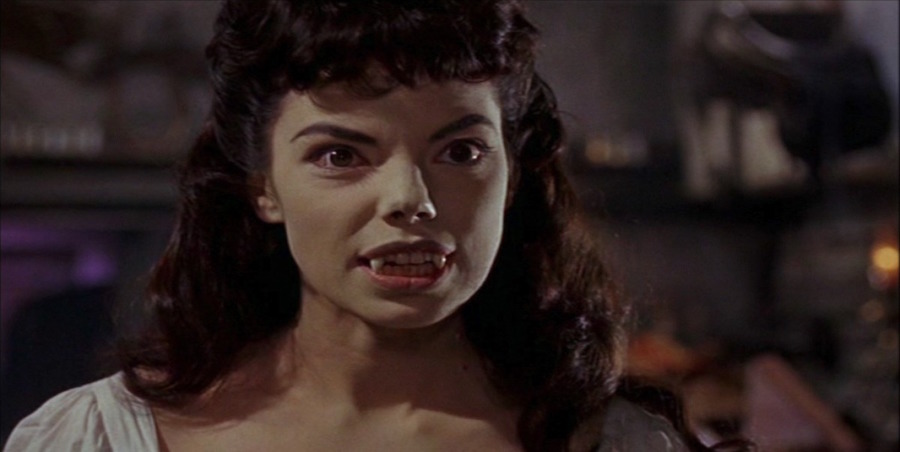 The gorgeous Yvonne Monlaur makes a charming and vivacious heroine. I would have paid a lot more attention during French lessons if she had been my teacher. You can see more of her in other British thrillers: ‘Circus of Horrors’ and ‘The Terror of The Tongs’.

Brides of Dracula is full of stunning set pieces and Terence Fisher’s direction confidently builds the suspense and drives the action. Highlights include: the graveyard birth of the vampire girl; Van Helsing purging himself of a vampire bite with a hot branding iron and a splash of holy water; and the climatic use of a windmill’s sails to cast a shadow over the blood-sucking Baron. Bernard Robinson’s extraordinarily detailed set designs even manage to surpass those of the previous film. The windmill set especially is an abundantly cobwebbed work of art. Director of photography Jack Asher’s use of candy coloured spotlights in certain key scenes adds to the fairy tale ambience in a way that would later become a trademark of Mario Bava’s gothic fever dreams. Costumes, make-up and music are all sublime and for many of Hammer’s skilled technicians this film may well contain their best work. 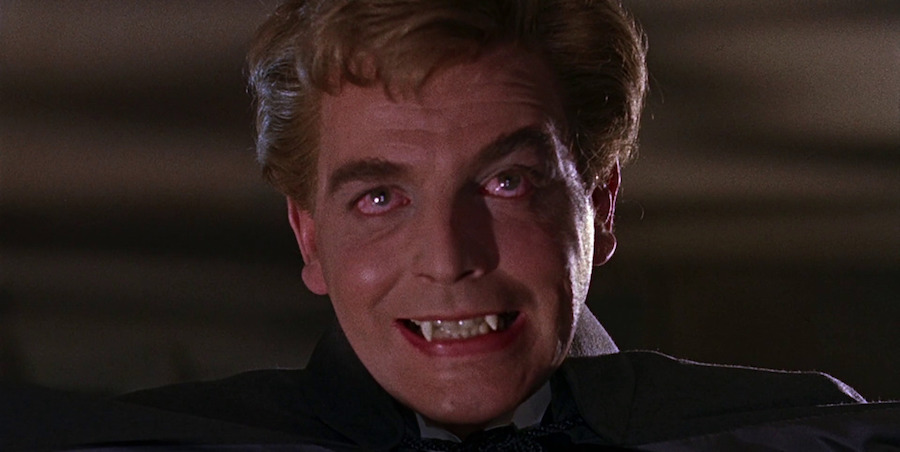 Christopher Lee would return for the next installment in Hammer’s Dracula series 1966’s Dracula: Prince of Darkness but Peter Cushing wouldn’t appear again until Dracula A.D. 1972.