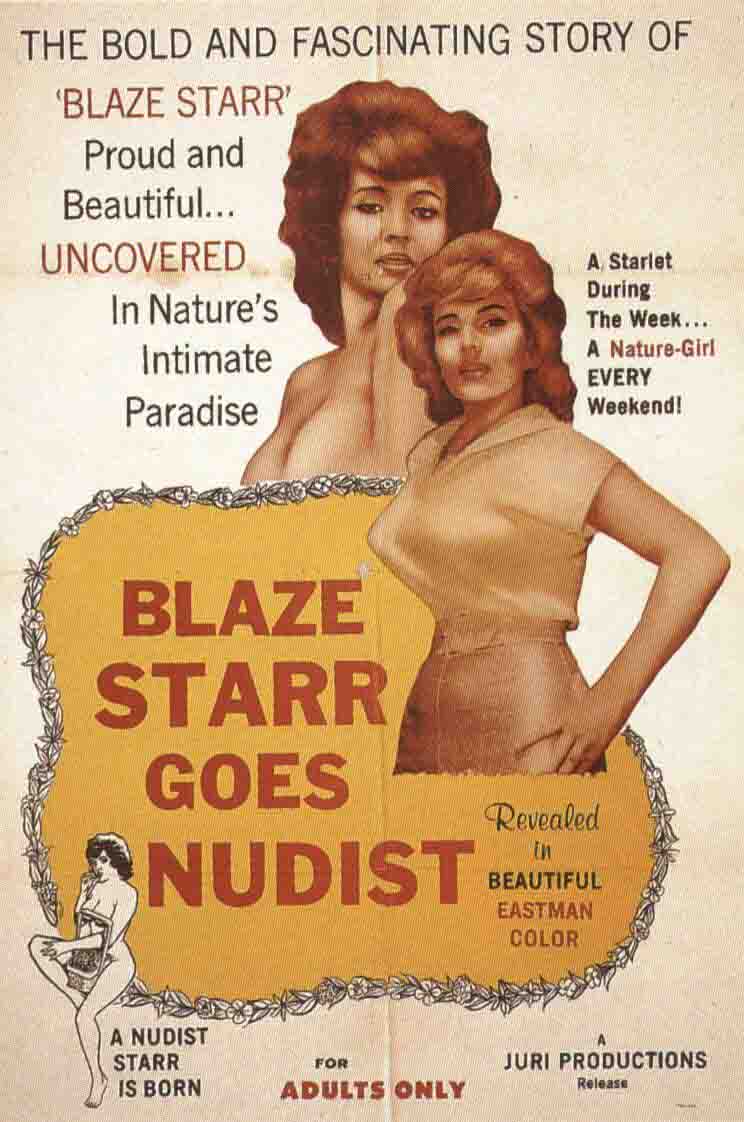 Blaze Starr Goes Nudist is an American 1962 nudist film, produced and directed by Doris Wishman. The film featured legendary burlesque queen Blaze Starr. The nude scenes were filmed at Sunny Palms Lodge in Homestead, Florida. Blaze Starr, playing herself, is tired of performing the duties of a star. At a movie theater, she watches an advertisement for the Sunny Palms Lodge, only 30 miles from where she lives. She joins the place and finally can relax and enjoy nature as a newborn nudist. She drives her agent - who is also her fiancé - to distraction by ignoring scheduled "press functions" and spending her weekends at the nudist camp. (Wikipedia)