Difference between revisions of "Blaxploitation Cinema: The Essential Reference Guide" 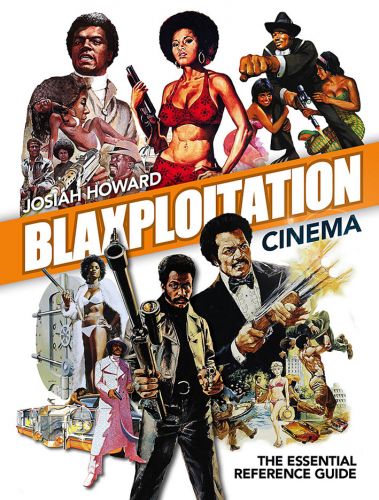 Dazzling, highly stylized, excessively violent and brimming with sex, blaxploitation films enjoyed a brief but memorable period in motion picture history. Never before - and never since - have so many African American performers been featured in films, not in bit parts, but in name-above-the-title starring roles.

Twenty five years after they first thrilled audiences the body of films known as blaxploitation are enjoying a renaissance. Not only do the pictures continue to captivate film fans, but the entire genre, with its bevy of colourful, utterly-contemporary film characters, irresistible soundtrack albums and catchy film titles, is finally taking its rightful place among the entertainment industry's most enjoyed, and influential, movies.

Directly answering the call for a new and appreciative look back at a distinctly American motion picture phenomenon, Blaxploitation Cinema: The Essential Reference Guide is the first truly comprehensive examination of the genre, its films, its trends and its far-reaching impact, covering more than 240 blaxploitation films in detail.

Blaxploitation Cinema: The Essential Reference Guide will become the primary reference book on the genre, covering not just the films' heyday (1971-1976) but the entire decade (1970-1980). From Aaron Loves Angela to The Zebra Killer, they're all here in one indispensable volume.

Complimenting the text of Blaxploitation Cinema: The Essential Reference Guide are many of the vivid, highly-theatrical, motion picture posters and ads that promoted the films. Blaxploitation's rich and colourful poster art has been the sole subject of a number of coffee-table books. The hand-painted, elaborately illustrated posters and ad campaigns associated with the genre represent a now-gone golden era of sensational motion picture representation. Also features page after page of stunning action stills and original newspaper admats.