Beast of the Yellow Night

Beast of the Yellow Night (1971, USA/Philippines) is a Horror film directed by Eddie Romero. 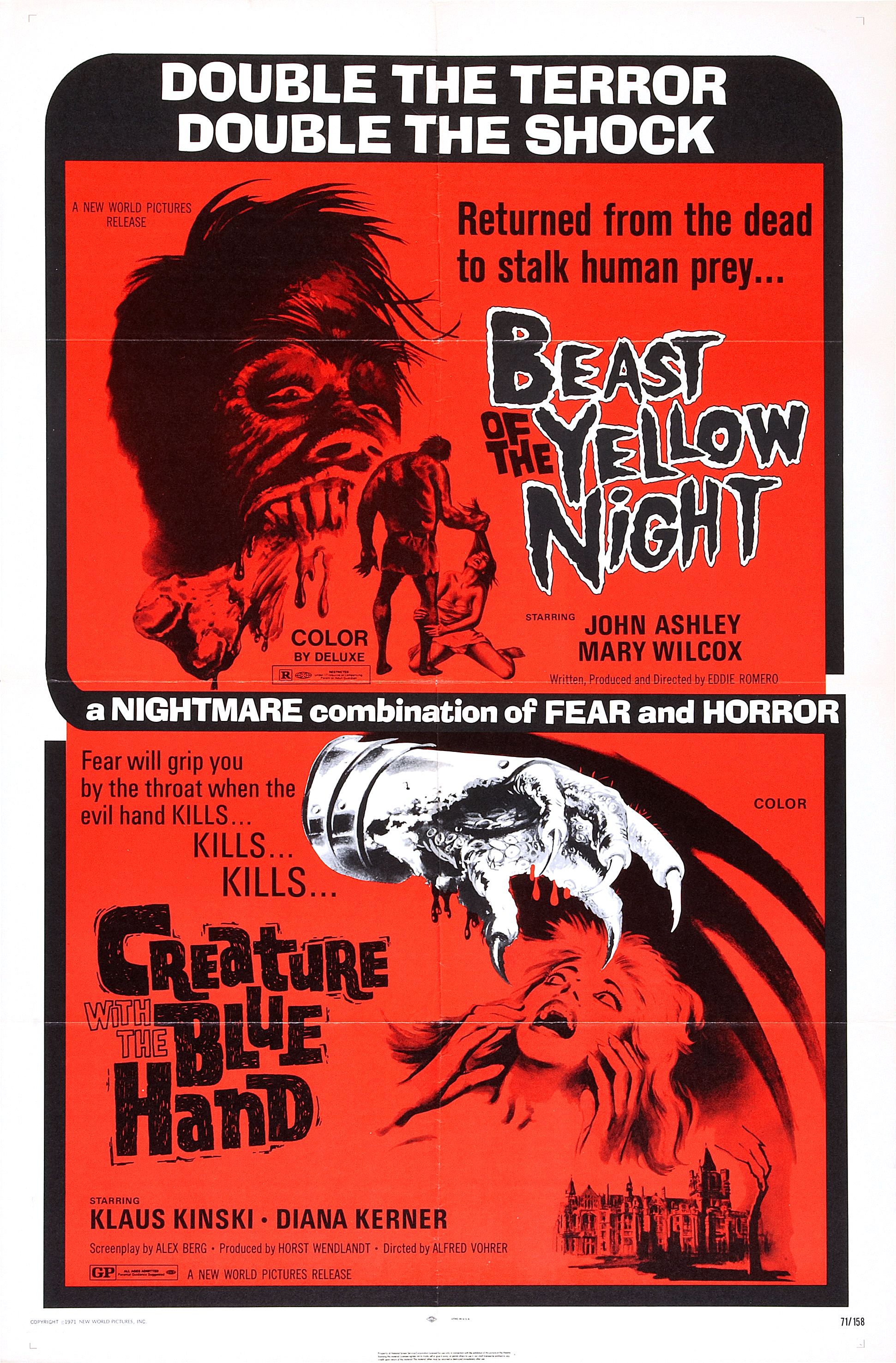 Near the end of World War II, Satan saves Joseph Langdon/Philip Rogers (John Ashley) from death on condition that he become his disciple. Satan has Langdon inhabit the bodies of several people over the years, bringing out their latent evil. As it turns out, he becomes a hairy murderous beast — a werewolf on the rampage carrying out the evil deeds of the Devil for the next 25 years. Ashley had made a series of movies in the Philippines with Eddie Romero for Hemisphere Pictures. When the owner of that company fell ill, Romero suggested to Ashley that they finance their own movie. Additional funding came from Roger Corman for New World Pictures. The success of the movie led to Corman making a series of films in the Philippines, including The Big Doll House. (Wikipedia)

A desperate criminal makes a bargain with a devil to escape his pursuers. The devil transforms him into a deadly jugular juggernaut. Can anyone stop this deadly creature of the night (VCI/Amazon BluRay description)