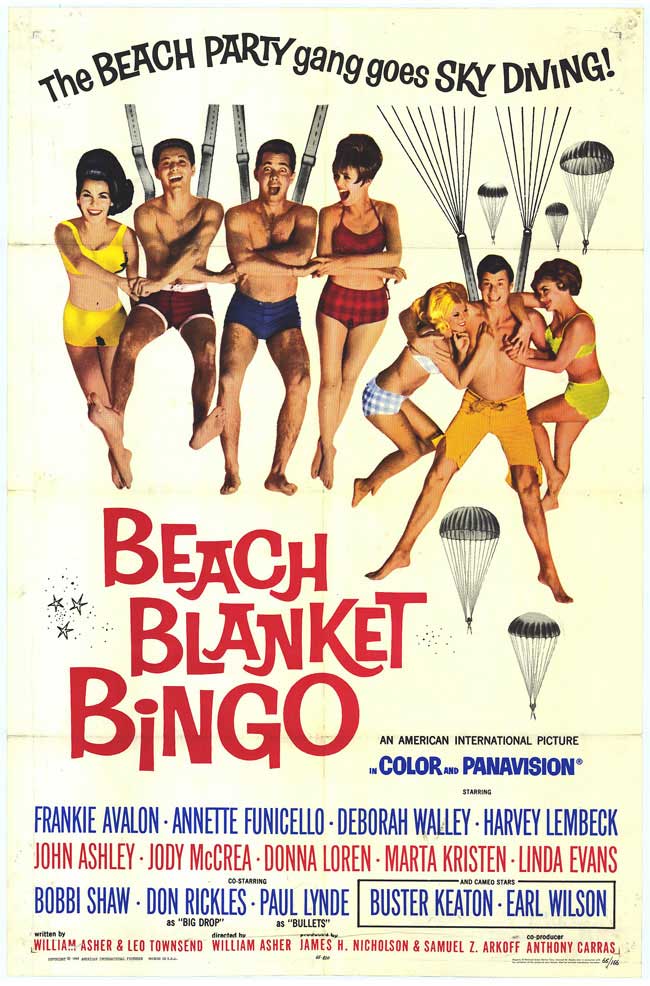 Beach Blanket Bingo is an American International Pictures beach party film, released in 1965 and was directed by William Asher. It is the fifth film in the beach party film series. The film starred Frankie Avalon and Annette Funicello and also featured cameos by Paul Lynde, Don Rickles and Buster Keaton. Linda Evans's singing voice was dubbed by Jackie Ward. This was Frankie Avalon's last "starring role" in the Beach Party films. He appears for only a few minutes in the next film, How to Stuff a Wild Bikini, and not at all in the last film The Ghost in the Invisible Bikini. (Wikipedia)