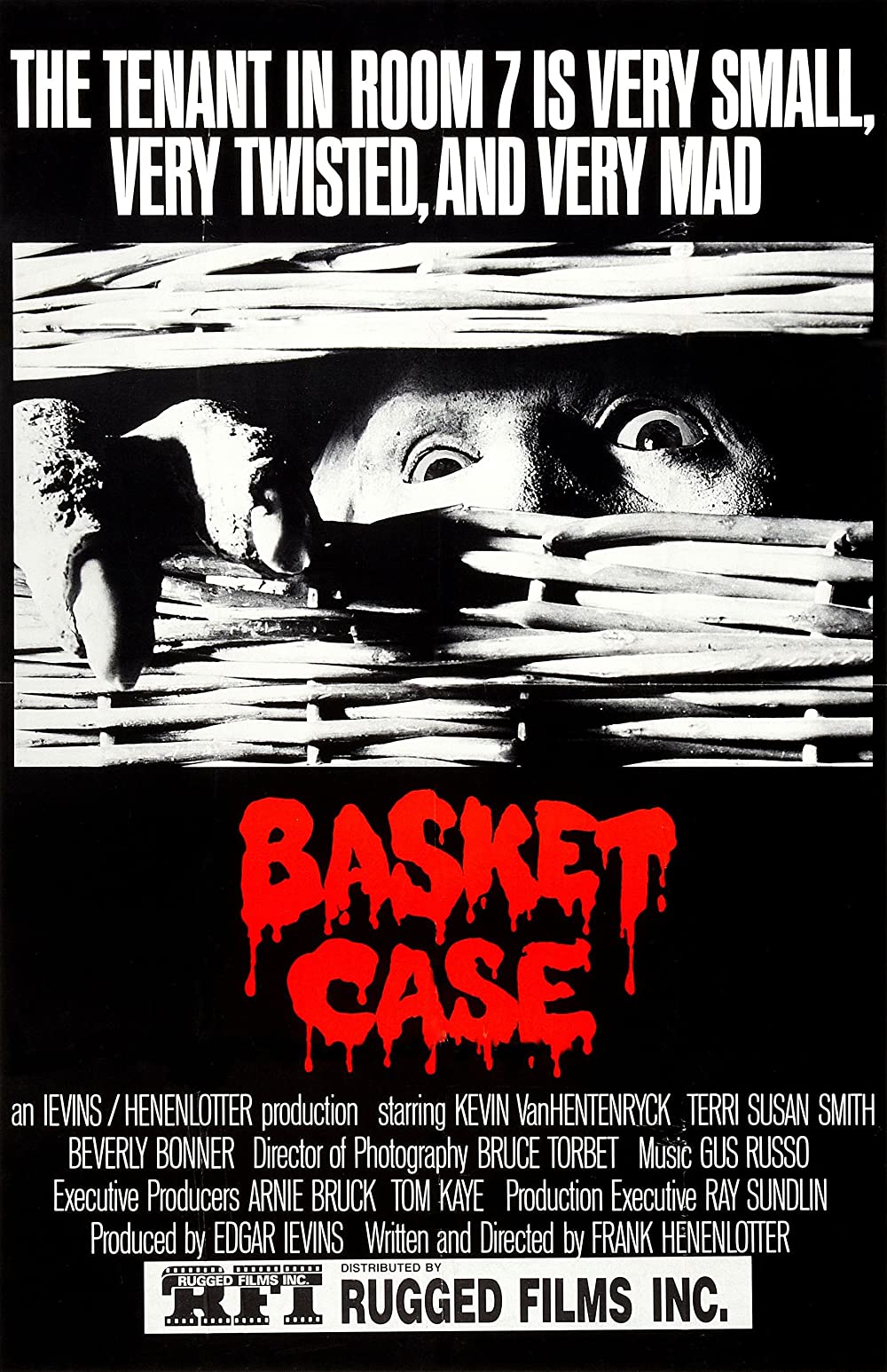 Basket Case is a 1982 American horror comedy film written and directed by Frank Henenlotter. It has two sequels, Basket Case 2 (1990) and Basket Case 3: The Progeny (1991) by the same director. It is notable for its low budget, bizarre humor, and strong violence. The film gained an audience in the 1980s due to the advent of home video and has become a cult film. Kevin Van Hentenryck stars as a normal-looking person who seeks vengeance for the unwanted surgery that separated him from his deformed Siamese twin brother.