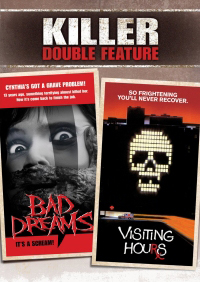 Bad Dreams: The sole survivor of a psycho-led mass suicide awakens from a 13-year coma and begins having visions of the cult leader who was also killed in the fiery death scene.

Visiting Hours: An opinionated news reporter (Lee Grant) is stalked by a psychopath in a hospital where she is recovering from his first attack on her.