Australia After Dark (1974, AUS) is a Sexploitation-Mondo film directed by John D. Lamond. 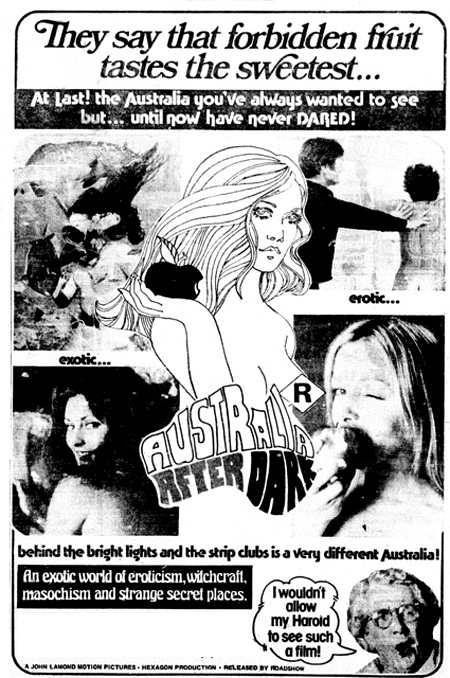 The film was inspired by such movies as Mondo Cane which Director John D. Lamond deliberately copied: "I borrowed a 16mm print of it and ran it on a closed circuit cinema thing and stopped and started the projector and looked at it. It ran on a sort of cycle – pathos, humour, oddity, nudity. I thought okay, what I need to do is shoot about fifty sequences, cut it into something coherent and pacey, and made it on the same sort of thing. I’d have something sexy, then something odd, then something really way-out, then something light hearted. And always do it tongue in cheek, and not have any sequence in the film run longer than about two minutes. And anything sexy, I’ll make it way-out or pretty." (Wikipedia)