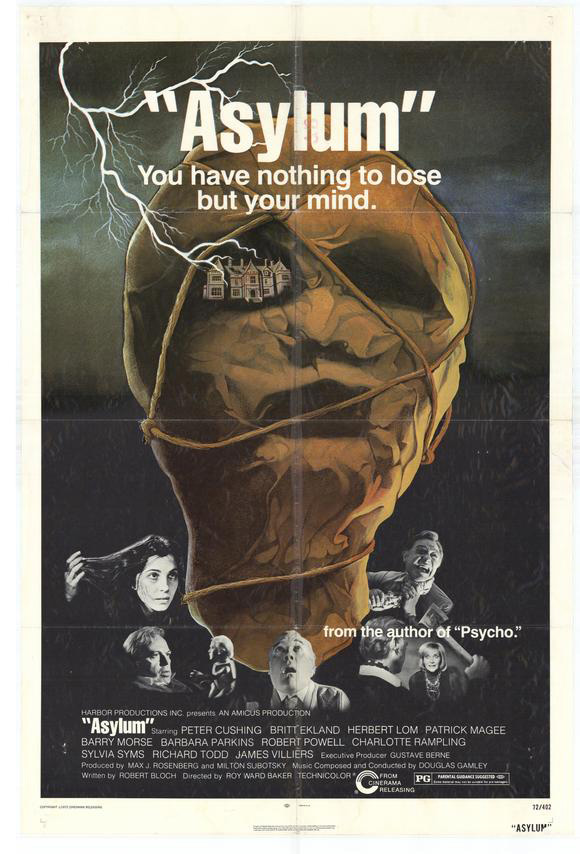 Asylum (also known as House of Crazies in subsequent US releases) is a 1972 British horror film made by Amicus Productions. The film was directed by Roy Ward Baker, produced by Milton Subotsky, and scripted by Robert Bloch (who adapted four of his own short stories for the screenplay). It is a horror portmanteau film, one of several produced by Amicus during the 1960s to 1970s. Others were Dr Terror's House of Horrors: Torture Garden; Tales From The Crypt; The House That Dripped Blood; The Vault of Horror; and From Beyond the Grave. (Tales That Witness Madness was a similar film from a different company.)