Anthropophagus (1980, Italy) is a Horror film directed by Joe D'Amato. 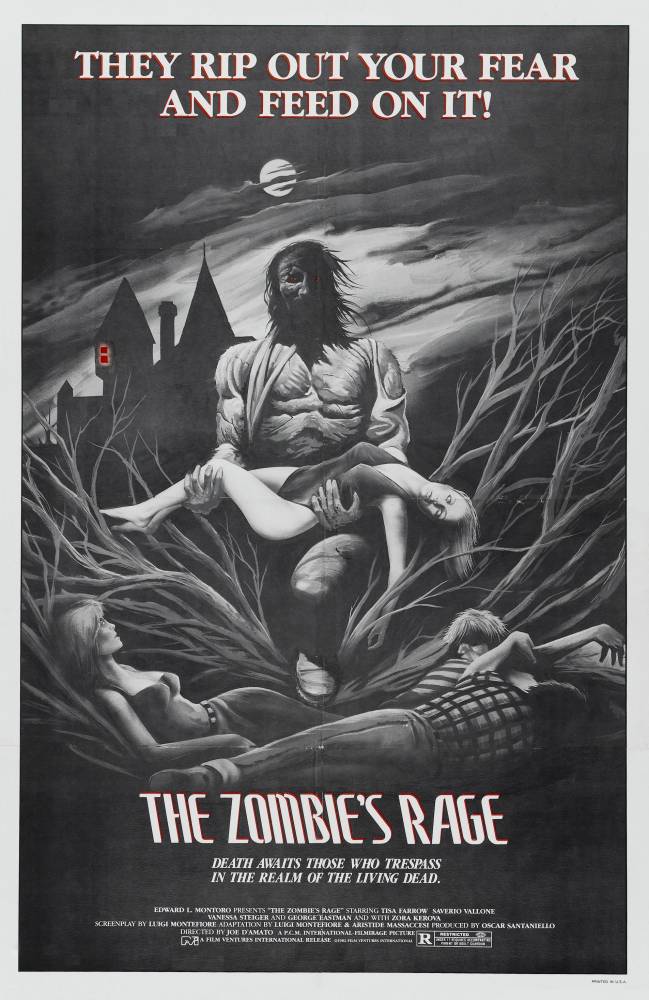 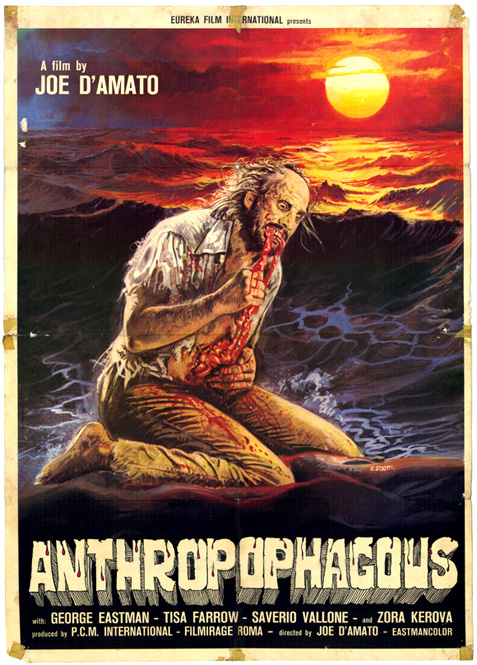 Antropophagus, released in the UK as Anthropophagous: The Beast and in the US as Anthropophagus: The Grim Reaper, is a 1980 Italian language horror film, directed by Joe D'Amato and co-written by D'Amato and George Eastman, who also starred in the film. The film also starred Tisa Farrow, Saverio Vallone, Margaret Donnelly, Vanessa Steiger, Mark Bodin, Bob Larsen, Simone Baker, Mark Logan, Rubina Rey and Zora Kerova. Anthropophagous: The Beast was released in the United Kingdom in 1980 uncut by VFP. It soon became one of the infamous titles to feature on the government's Department of Public Prosecutions list (DPP), better known to the tabloid press as the "Video Nasty" list. It was later successfully prosecuted under the obscene publications act in 1984. Anthropophagous: The Beast also saw another release in the UK, prior to its banning from a very small video company known as Videoshack. This release, although cut, is highly collectible among fans today due to its extremely scarce existence. A highly cut version was sold in the US as simply The Grim Reaper.