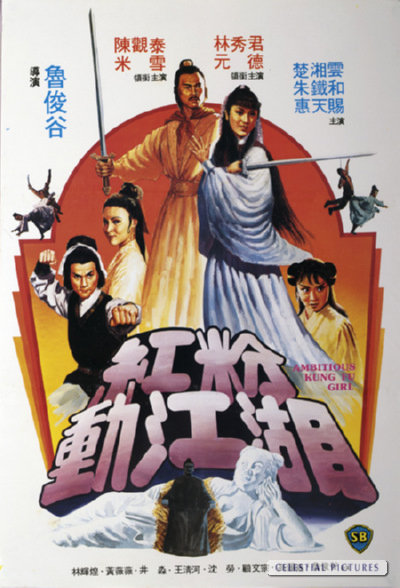 Spoiled and with her head permanently in the clouds, Yuen Si Si (Yim) - naive daughter of an affluent merchant - lives her cosseted life dreaming of a meeting with her idol Qin Ge (Chen Kwan-Tai). Qin Ge is a kung-fu celebrity somewhat out of reach though and Si Si's wealthy father decides to marry her of to his friend's son, Yang Fan (Tak). Obviously an arranged marriage is anathema to the fiercely independent young woman and she sneaks out of the house with the intention of finding her beloved Qin Ge. What she doesn't realise though is that the kung-fu skills she thinks will protect her are merely a pretence, cleverly engineered to boost her ego by her over-protective father. (Wikipedia)