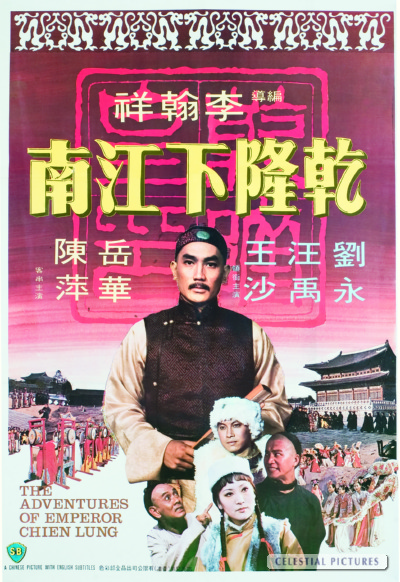 Liu Yung (one of Bruce Lee's favorite co-stars) takes center stage as the Ching Dynasty title character, who seeks out court corruption with the help of a streetwise youth played by Wang Yu (Dirty Ho). Therefore, they teach the corrupt officials a lesson with wit and style and when those officials learn that Liu Yung is the emperor, they begged for his forgiveness. This production proved so popular that director Li Han-hsiang took over to helm two successful sequels. (IVL)