A Lizard In A Womans Skin/DVD/Collector's Edition Review 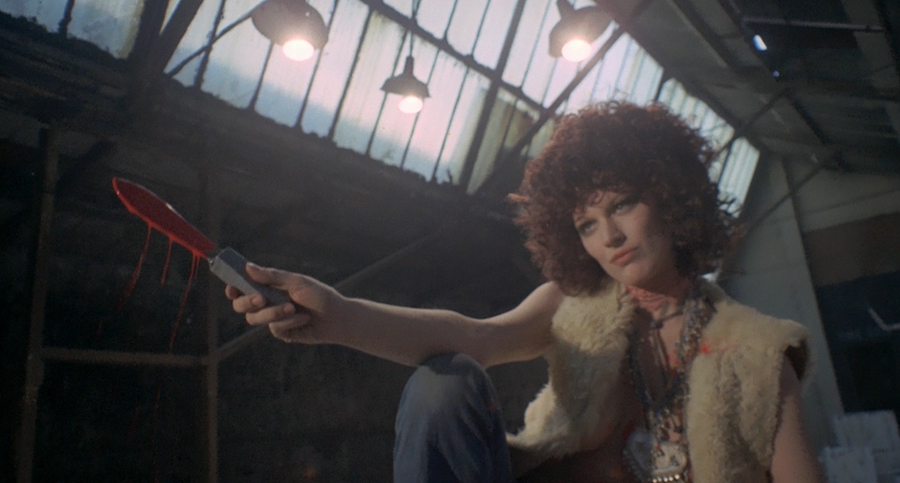 DISC ONE - AIP Edited Release titled: "A Lizard In A Woman's Skin" Presented in (1:85:1) Anamorphic Widescreen. Picture transfer is beautifully done. EXTRAS: Fulci Trailer Reel including trailers for: A Lizard in A Womans Skin, Zombi 2, City of The Living Dead, House of Clocks, Demonia and more.

SOUND: Dolby Digital 5.1 Surround Sound. The sound in the film is wonderful coming out in 5.1 (that piercing whistle by Stanley Baker throughout the film really got to me too!) The psychadelic jazzy score by Il Maestro Ennio Morricone is both subtle and contagious. The perfect audio accompaniment for Fulci's precise visual storytelling and dreamy image stylization.

FINAL WORD: Shriek Show did an amazing job with this release of A Lizard In Womans Skin/Schizoid. They even inserted the cool Schizoid press kits inside the DVD cases!! A Lizard In A Womans Skin ranks up there with some of the best gialli cinema from Italy. Lucio Fulci once again shows his brilliant mastery of the thriller genre with very erotic and violent sequences that will bend your mind into another shape for the entire running time. I highly reccomend this giallo to fans of Fulci and of the giallo genre itself. You won't be dissapointed by this exciting atmospheric mystery chiller!