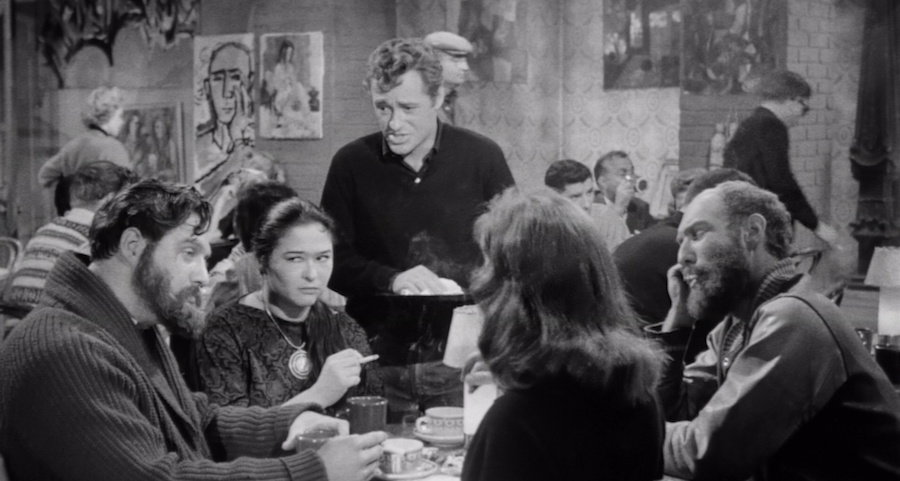 Decently funny black comedy from the King of B-Movies Roger Corman, tells the story of a beatnik club busboy named Walter Paisley (the wonderful Dick Miller) who sets the art world on fire when he accidentally kills his landlady's cat and decides to cover the dead animal in clay. No one realizes that the sculpture contains a live animal, until Walter's boss Leonard (Antony Carbone) mistakenly knocks it off of the table top it is on and reveals a swatch of its fur. After discovering that Walter has also killed an undercover cop (future game show host Bert Convy) and covered him in clay, Leonard goes to call the police on his employee. He is stopped in his tracks though, when one of the club's patrons offers him $500 for the cat sculpture and the right to look at any of Walter's future work.

Leonard is disgusted by what Walter is doing, but he cannot resist the money. Because of this, he swallows his fear and decides to set up an art show of Walter's sculptures (which are growing in number everyday while people in town disappear just as rapidly!) that is the talk of the town. It isn't long, though, before Walter's secret is out and he must flee from the police towards his own inevitable clay covered fate.

Corman has always been known as the master of shooting films cheaply, and A Bucket of Blood is no exception. The film was completed so quickly that Corman and his crew had the sets for another three days and decided to make another classic low-budget gem called Little Shop of Horrors (also written by Charles B. Griffith). Despite his penchant for quick shoots, his films are always written with their tongues firmly placed in their cheeks and are incredibly enjoyable.

The film accurately captures the beatnik spirit and always maintains a decent sense of humor throughout. The coffee shop mentality, with poets and musicians performing their latest works on stage while customers slouch at tables all around the room, is on full display here and satirized to its fullest potential. Dick Miller shows off what wonderful comic timing he has, especially during the scenes where he is asking people if they have seen his cat. It is no wonder that he became the favorite actor of both Corman and Joe Dante.

Unfortunately, the film's script unravels a little bit towards the end. When Walter is conveniently shunned by the lovely Carla (Barboura Morris) on the night the secret of his sculptures is revealed, it seems as nothing more than a set up for a chase scene. The chase scene isn't even very exciting when it does come, and the climax of the film (with Walter covering himself in clay and hanging himself) makes little sense when physics is applied to it.

Interestingly, this film was remade as part of Showtime's Roger Corman Presents series in 1995 and starred Anthony Michael Hall as Walter and Justine Bateman as the woman he loves (though she doesn't reciprocate), Carla. The film also featured cameos by David Cross of "Mr. Show" fame and Will Ferrell from "Saturday Night Live" and the Austin Powers films. There are also featured appearances by underground filmmaker/actor Paul Bartel and John Waters favorite Mink Stole.

Griffith's premise was also borrowed by the Godfather of Gore, Herschell Gordon Lewis, for his film Color Me Blood Red. The main difference between the two films though, is that Gordon's film actually showed the titular red stuff whereas Corman's doesn't. In fact, the little blood that is shown looks more like chocolate syrup (though, in black and white it is hard to tell) than anything else. Despite the seemingly graphic nature of the film, there is nothing in A Bucket of Blood that would be overly detrimental for today's cynical children.

A Bucket of Blood has been released on DVD through MGM Home Entertainment. The film is presented in the full frame aspect ratio only, but the image is as clean as the day it was filmed. There are no extras on the disc, unless you count scene selections as special features. Sadly, a trailer is listed on the packaging as being included on the disc and is either well hidden or was never added on, because I was not able to find it.