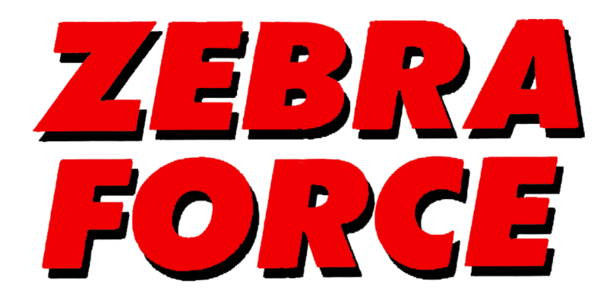 Eight ‘black’ men execute a series of high-stakes robberies, but who are these nefarious black men? Where did they come from? And are they really black? That’s the question at the core of Zebra Force, a clever high-stakes heist film with a final-act race-switch twist.

Unusual; about forty minutes into this well-done actioner you’ll realize that there are no speaking roles for women—only a few babes in the background of a casino shot—Zebra Force is decidedly a man’s film: and there are many men to keep track of.

There’s Lt. Johnson (Mike Lane) a horribly disfigured, armless but exceedingly functional returning Vietnam Veteran; Earl Lovington, Rockne (Black Samson) Tarkington (ain’t no “love” in him) an African American mob associate tired of having to prove himself to “whitey”; Carmine Longo (Richard X. Slattery) an Italian mob henchman (channeling every nuance and inflection seen in The Godfather); and in a surprise third-reel cameo, Timothy (The Dynamite Brothers) Brown as Jim Cougar, the shrewd-dude with a secret that turns the entire film upside down.

Directed by Joe Tornatore with a script by Robert Leon and Annette Lombard, this film-on-a-budget (reportedly $185,000) is remarkable. Transformation makeup, meticulously orchestrated fight sequences (the film-opening casino ambush is a winner), Vietnam war flashbacks, slow motion photography, and the machine gun/car crash/helicopter/grenade-throwing conclusion are all sensational. So are the sets, costumes, locations and the stellar work by stunt men—be it tumbling down stairs, smashing through a window, flipping through the air and landing in a pool, or twitching, electrocuted and hanging from a live wire—the stunt men are on top of their game.

Talky at times and hindered by more than one flat performance, Zebra Force’s audacious story idea, superior execution and theatrical presentation in the Todd-AO Wide Screen process (rare for exploitation films) make it a must see.