Your Vice Is A Locked Room and Only I Have The Key (1972, Italy) is a Giallo film directed by Sergio Martino. 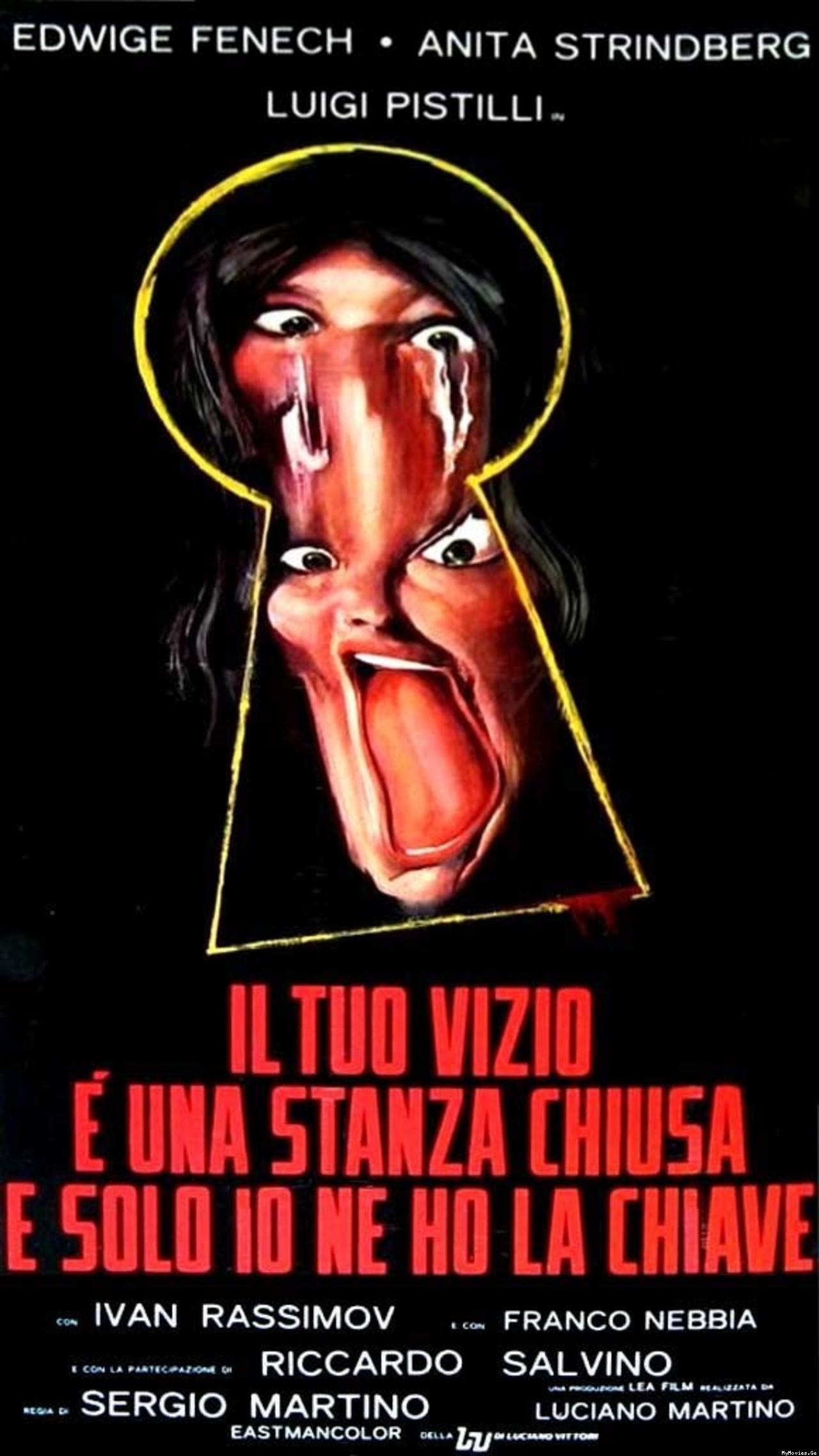 Your Vice Is a Locked Room and Only I Have the Key uses many elements from Edgar Allan Poe's short story "The Black Cat", and acknowledges this influence in the film's opening credits. It was Martino's fourth giallo film. The title of the film is a reference to his first one, The Strange Vice of Mrs Wardh (Lo strano vizio della Signora Wardh, 1971), in which the killer leaves the phrase as a note to his victim. The victim in that film was played by Fenech. Oliviero Rouvigny (Pistilli), a failed writer and an alcoholic, lives in a crumbling mansion with his wife Irina (Strindberg), who is scared of Oliviero's cat, Satan, that used to belong to his late mother. To fight boredom, Oliviero organizes decadent parties for local hippies and humiliates and abuses Irina in front of the guests. After his mistress, a young student, is found murdered, Oliviero becomes the primary suspect. When he finds their maid dead on the premises, he decides to conceal it to avoid further suspicions. (Wikipedia)