Yor, The Hunter From The Future/Review

< Yor, The Hunter From The Future

Reb Brown is an obscure action movie star from the 70s and 80's. Nobody had really heard of him until MST3K riffed "Space Mutiny" and Spoony One (Noah Antwiler) reviewed his films. He played in many roles, from Big Wednesday (1978) to Captain America (Don't be excited! it's a TV adaptation from 1979) to Uncommon Valor (1983) to Yor, The Hunter From The Future. 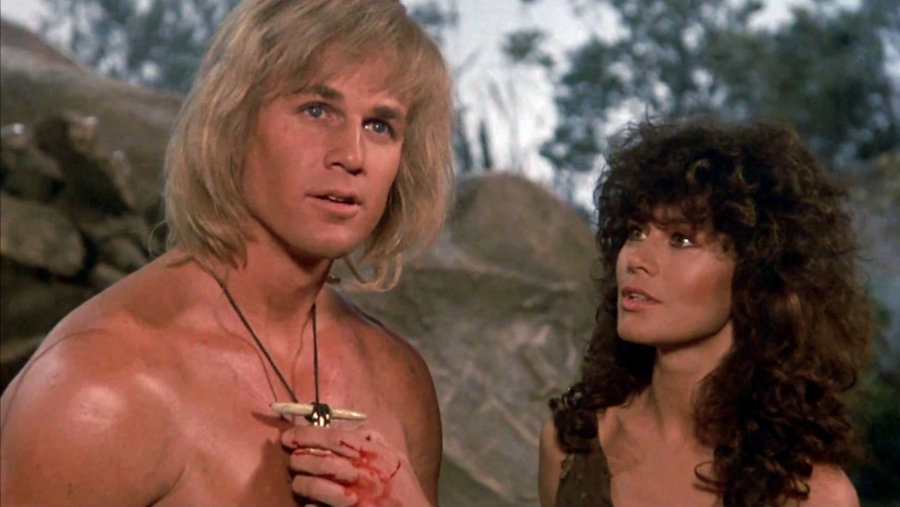 The film begins with Yor (our protagonist) killing a dinosaur with an axe (wow!) to save some villagers. Next, he fights cavemen, rescues a girl, floods a caveman's cave, finds another hot chick (who has the same medallion as him), kills sand mummies, finds a tribe and small village that will be destroyed by flying saucers and finds out a plot twist.

Yes, ladies and gentlemen, the final twist is the fact that this film takes place in a post-apocalyptic world not prehistoric times. Yor is the son of a survivor of a nuclear holocaust (which resurrected dinosaurs) and owns a medallion he has which is actually a data recorder that records everything he did. Unfortunately, a group of survivors is conquered by an evil man called Overlord, so Yor and his friends have to fight against him. 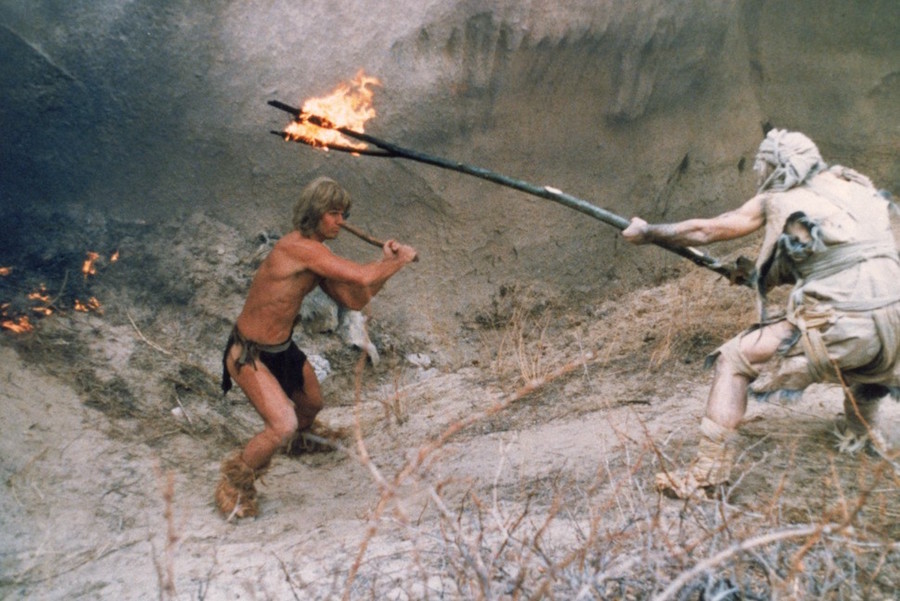 This is one of the the wildest films I've ever seen. It has elements from prehistoric films (like the Conan series) and sci-fi films (like Star Wars) and it has a hilariously awesome theme song that makes no sense at all. What about the characters in this film? Well, I think Yor is an immortal because he survives falling from a high cliff and he has no disadvantage in fighting at all. The most interesting character in this film is Kala, our heroine. She does everything to make sure no women will come closer to Yor than her. There's one scene where Kala fights other women to be Yor's lover! Is this a soap opera all of a sudden?

Yor, the Hunter From The Future might be a bad title for this film (since it takes place IN the future), but it's entertaining and has a lot of unintentional comedy.